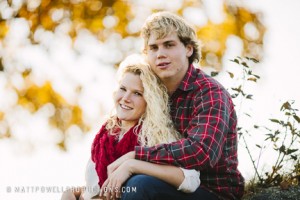 The matron of honor was Janet Jensen, mother of the bride, of Albert Lea. Bridesmaids were Christina Mauro of Lexington, Ky., and Laura Toth, of Rochester.

Flower girl was Madison Triplett, niece of the groom, of Wilkesboro.

Ring bearer was Andrew Triplett, nephew of the groom, of Wilkesboro.

The bride is a graduate of Albert Lea High School, Riverland Community College and received a Bachelor of Science degree in animal science-equine from the University of Wisconsin-River Falls. She is employed at Animal Hospital of Wilkes in Wilkesboro.

The groom is a graduate of West Wilkes High School and will graduate from Appalachian State University in December of 2013 with a Bachelor of Arts degree in human resources management. He is employed at Tarheel Capital in Wilkesboro.

A reception was held following the wedding ceremony at Mt. Pleasant Baptist Church.

Following the wedding a trip was taken to St. Lucia.