What wasn’t in The Onion stirred people

When Jon Stewart becomes the most trusted newsman for millennials, the line between the evening news and The Onion gets blurry, so perhaps we shouldn’t laugh so loudly at old Mitch McConnell, the Kentucky Senator who’s up for re-election next year. But given the circumstances — he’s responsible for using the filibuster to prevent even the clocks from ticking in the Senate — maybe we should. 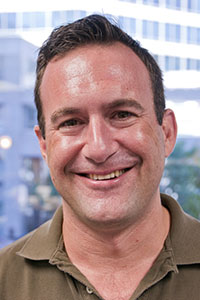 A satirical military publication called the Duffel Blog reported that the U.S. was extending G.I. Bill benefits to detainees at Guantanamo Bay. A fine example of Kentucky’s public schools wrote an outraged letter to McConnell’s office, which relayed the concerns to the Defense Department. It is somehow not comforting to know that the Senate Minority Leader treats “patent absurdity” (in the words of the Pentagon’s Guantanamo spokesman) with the same careful discretion that your angry older relatives do when they forward emails written in ALL CAPS. Bless his heart.

But is McConnell any better than the rest of us? Is it possible to read the real news these days and not wonder if you’ve stumbled upon The Onion? Can we really condemn McConnell for getting suckered in a world where reality eclipses comedy?

Unfortunately, Smith’s ill-informed attempt to make the world stop teasing him would not even have medaled if being dumb were an Olympic event, and we’re just talking about last week. Regulating guns seems to steam the stupid out of some people.

In Montana, a gun lobbyist wrote a bill that would let sheriffs arrest FBI agents for arresting Montanans for gun crimes. Got that? It gets better: He says that this law would have prevented the FBI’s 1993 raid in Waco from getting out of hand because the local sheriff “could have said, ‘Look, I will call Koresh on the phone and he’ll meet at my office and you can ask him whatever questions you want.’”

And that wasn’t even the most reflexively absurdist pro-gun bill. In Missouri, a Republican state representative named Mike Leara wants to make it illegal for his colleagues even to propose gun control legislation. A lawmaker committing attempted lawmaking would be a Class D felony.

An Oklahoma state representative named Gus Blackwell, also a Republican, wants to expand the First Amendment, this time in defense of anti-scientific opinions in science class.

“I proposed this bill because there are teachers and students who may be afraid of going against what they see in their textbooks,” said Blackwell, whose bill would forbid teaches from flunking kids who argued against evolution, climate change and the scientific method. This anti-education bill just passed the House Education Committee by one vote.

It all becomes a blur after a while as Mississippi finally bans slavery, a female Alabama state representative says that a fetus is the “largest organ in a body,” Fox News says Barack Obama wants universal pre-K so toddlers “will vote for you in the future,” and Texas’ own Louie Gohmert says we need guns to protect us from Shariah Law. And exactly none of this was The Onion. So really, was McConnell so far off base?

Jason Stanford is a nationally syndicated columnist, author and Democratic political consultant who lives in Texas. He can be reached at stanford@oppresearch.com and on Twitter @jasstanford.