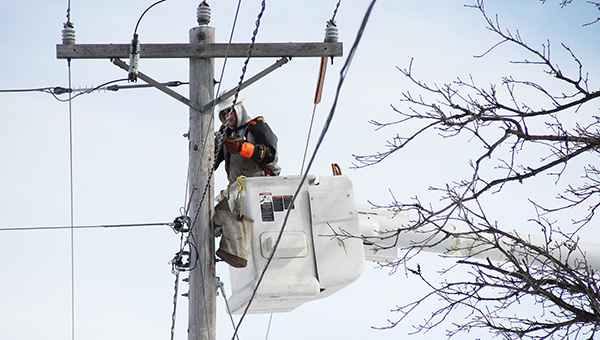 Alliant Energy crews are in the middle of a project aimed at increasing reliability of electrical service on the north side of Albert Lea.

According to a news release, the wildlife guards will reduce outages caused by animals such as squirrels and raccoons on the transformers in many backyards.

The lightning arrestors will reduce outages caused by lightning by helping direct jolts of energy safely to the ground.

On Thursday, the crews were on Brookside Circle and Richway Drive updating equipment. 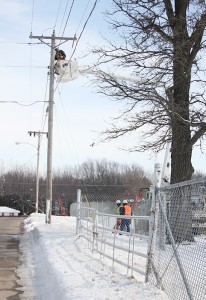 Justin Foss, Alliant Energy spokesman, said the company wanted to let the community know what is taking place as they see Alliant Energy crews out in the north part of town.

“We’re going before the system dies and adding significant life without having to replace the whole system,” Foss said.

“The project involves a lot of work in backyards and tricky places to access,” said Al Stadheim, senior manager of customer operations. “We appreciate the patience of our customers as we work to make the electrical grid better.”

He said by replacing these parts and making repairs, the circuit’s life is extended by 20 years.

The news release states Alliant Energy inspects all of the equipment in its service territory at least once every 10 years. During the life extension projects, crews review and test poles, wire and other equipment. Crews drill core samples to find out the integrity of the poles.

In total across the state, the company is investing about $4 million as part of the Power Minnesota program. Other investments include upgrading overhead and underground electric lines, electric substations and natural gas infrastructure.