Are you ready for some construction? 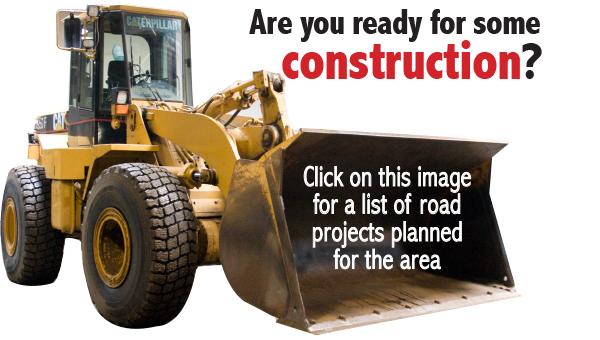 Several significant road projects are slated this summer on major thoroughfares in the area.

Most notable for Freeborn County residents will be a much-anticipated bituminous overlay of U.S. highways 65 and 69 from the Iowa border into Albert Lea.

Also to take place is downtown Albert Lea’s Broadway infrastructure and streetscape project, which will reconstruct the street, sidewalk, utilities and other amenities on Broadway from Main Street to Fountain Street.

The following is a complete list of the area’s summer street projects:

• From Fountain Street to Main Street

• East side of road from Ninth Street to Plainview Lane

All projects take place between May and September. Most contracts will be awarded April 2, and the county doesn’t release estimates prior to bidding.

Projects in Freeborn County and around the region

• 9 miles, from Iowa border to Interstate 35

• 13 miles, from Faribault to Northfield

• Lane closures with flaggers, tied in with bridge replacement over Crocker’s Creek in Faribault

• Over Crocker’s Creek in Faribault

• Lane closures with flaggers, with a three-week detour

• 16 miles, from Faribault to Owatonna