Man injured in crash that shut down I-35 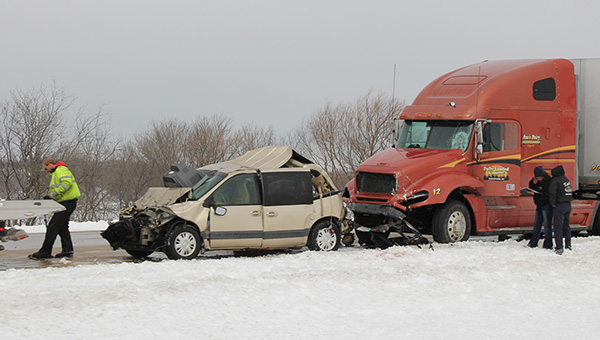 A van that was being pulled by a small pickup rests Monday by the side of southbound Interstate 35 in front of a semi that rear-ended it. — Tim Engstrom/Albert Lea Tribune

Motorists headed south on Interstate 35 hoping for a road surface where they could see pavement ended up on county roads with a snowy, white coverings. 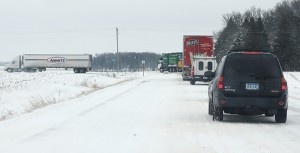 One man was left injured around 11:40 a.m. Monday as a result of a crash on Interstate 35 on the downslope of a hill just south of Exit 8, where I-35 intersects with U.S. Highway 65. Authorities shut down southbound I-35 between Exit 8 and Exit 5. The northbound lanes remained open.

An ambulance responded from the Albert Lea hospital. A State Patrol report lists Reyna as suffering a minor injury. The report states Tautges was uninjured. The big rig had a passenger, Tina Tautges, 35, of Edgar, Wis., who also was uninjured. The truck’s door had markings for Fully Loaded Transport of Stratford, Wis. 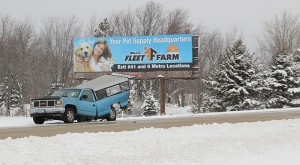 A GMC 500 small pickup sits broken Monday by the side of southbound Interstate 35.

The report says the roadway was icy and seat belts were in use. A snowstorm moved through the region Sunday night and Monday morning, delivering 6 inches of heavy snow and causing local schools to cancel classes.

Albert Lea police officers blocked the southbound on-ramp at Exit 8 and directed southbound motorists to leave the freeway. They sent them west 19th Street to Freeborn County Road 18, where the automobiles had to go south three miles to County Road 13, where they turned east and a mile later were back on southbound I-35.