Memorial Services for Dale R. Christenson, of Albert Lea, will be at 10 a.m. Saturday at Bonnerup Funeral Service in Albert Lea. The Rev. Curtis Zieske will officiate.

Military honors will be accorded.

Dale has bequested his body to the University of Minnesota for research. Interment will be at Graceland Cemetery at a later date.

He was born on Jan. 5, 1930, in Albert Lea, the son of Charles and Arlett (Flannagan) Christenson. 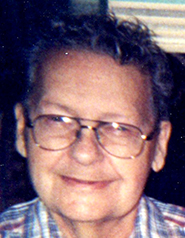 He enlisted and proudly served our country in the United States Army from 1947 until his honorable discharge in 1953. When he returned from the service he made Albert Lea his home and worked for Continental Castings, Wilson & Co. and then Streater until retiring.

He married Merna Thompson, and they were later divorced. He then married Delores O’Rourke who preceded him in death.

He enjoyed fishing, hunting, camping and watching the Minnesota Twins and Vikings.

He was preceded in death by his parents, brother, Charles “Jake” Christenson, grandsons, Chad Hansen and Spencer Christenson and brothers-in-law, Max Vandersyde and Lloyd VanGuildner.

Dale had an excellent spirit and will be greatly missed.