Kevin and Helen Geppert of Mitchell, S.D., and Gene and Cindy Davis of Glenville announce the engagement of their children, Sydney Geppert and Garrett Davis.

The bride’s grandparents are Don and Delores Geppert of Kimball, S.D., and John and Shirley Effling of Clear Lake, S.D. 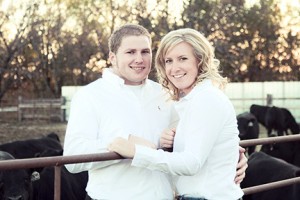 The groom’s grandparents are Audrey Mehus and the late Eugene Mehus of Glenville and Norman and Margie Davis of Northwood.

The groom is a 2006 graduate of Glenville-Emmons High School and a 2010 graduate of South Dakota State Univesity with a bachelor’s degree in animal science. He is employed as a sales representative at Eby Trailers in Story City, Iowa.