Anita McGowan of St. Cloud, Tom and Linda McGowan of Clearwater and Bob and Lori Kvenvold of Clarks Grove announce the engagement of their children Kelsey McGowan and Derek Kvenvold.

The bride’s grandparents are Jack and Shirley Weber, George and Virginia Jacobs and Jim and the late Eleanor McGowan. 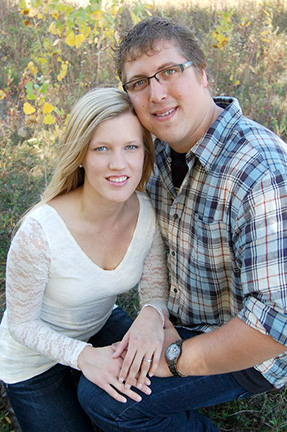 The bride is a 2006 graduate of Perpich Center for Arts High School in Golden Valley and a 2011 graduate of Minnesota State University-Mankato with a bachelor of arts degree in dance.

She is employed at Ford Community & Performing Arts Center in Dearborn, Mich.

The groom is a 2006 graduate of Albert Lea High School and a 2011 graduate of Minnesota State University-Mankato with a bachelor of science degree in automotive engineering and manufacturing engineering.

He is employed at Ford Motor Company in Dearborn.