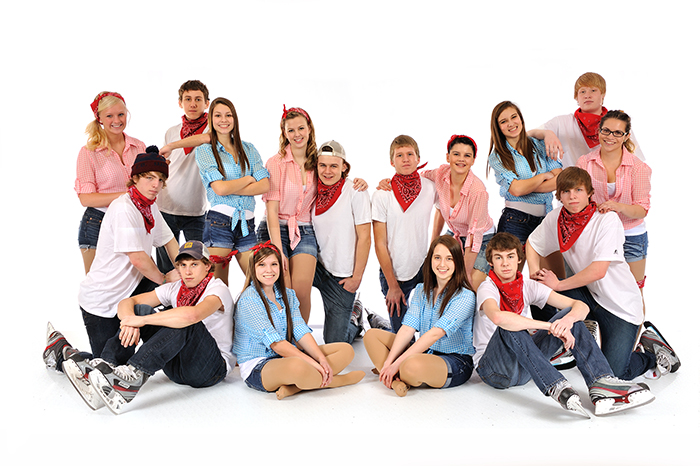 The Albert Lea Skating Club is about to close its season in grand fashion.

“It is the climax of our season,” said Cathy Rofshus, a skating club board member.

The show, titled “Planes, Trains and Blades,” will feature more than 50 skaters, 31 numbers and a set of detailed props, including a train and station, an outline of a town, a submarine, an airplane and a giant skate blade. Plus, the set will include a real tractor. 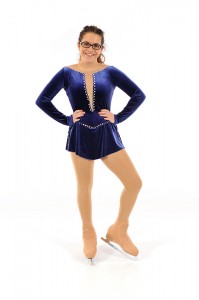 For being a somewhat small club in a small community, Rofshus said the show isn’t short on talent. The audience can expect to see a variety of acts, like adorable numbers from the young Tiny Tots to more advanced numbers from older skaters.

“They can expect to see a lot of talent out on the ice,” Rofshus said.

The show kicks off with 23 freestyle skaters performing to Willie Nelson’s “On the Road Again.” A few highlights include a senior solo by Alexa Calaguas of Clear Lake, a rendition of “Little Old Lady from Pasadena” and the Tiny Tots skating to “Yellow Submarine.”

The yearly boy-girl number — this year to the song “She Thinks My Tractor’s Sexy” — is always a fan fan favorite, according to Rofshus.

Along with Calaguas, the following skaters will perform solos: Erin Murtaugh, a junior at Albert Lea High School; Emma Tewes, a freshman at ALHS; Holly Wichmann, a sophomore at ALHS; and Maddie VanBeek, an Albert Lea eighth-grader at Minnesota Virtual Academy.

“It really is the surrounding region,” Rofshus said.

Rofshus said the skaters will likely display more complex choreography, more complicated routines and more jumps, largely thanks to a new harness system. The system, controlled by coaches, allows the skaters to practice moves without the risk of injury.

“They can actually learn jumps without the fear of falling,” Rofshus said. 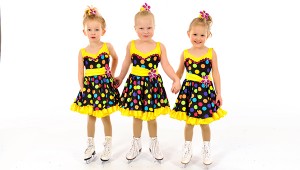 “We’re very excited to have these guest skaters,” Rofshus said. 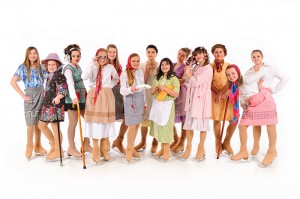 Tickets are available from members, at the Freeborn County Shopper and at the door. Each ticket is good for both shows, meaning people can attend both shows for the price of one ticket.

“I really encourage people to come out and see the show,” Rofshus said.

Look for more information at www.alfsc.org/ or on the club’s Facebook page.