The fourth annual Big Freeze was held Feb. 16 at Edgewater Bay Pavilion, the second year for this location. We were fortunate to have a beautiful day for all of the events that were held.

We send thanks to the Albert Lea Tribune, KATE/KCPI, Power 96, Freeborn County Shopper and KIMT for plugging this event and Teresa Kauffman and Dan Borland for our website, Facebook and video production.

The medallion hunt sponsored by Albert Lea-Freeborn County Chamber of Commerce during the week of the event worth $300 in chamber bucks went to Nate Johnson and Holly Nelson. 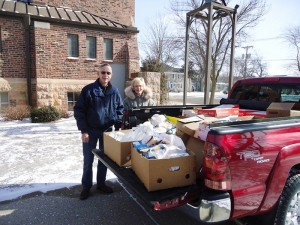 The snowmobile radar runs were back this year and the winner, Jamie Neilon, reached a speed of 114 mph.

The kid’s geocaching gives thanks to Steve and Amy Patten had 20 participants and the kids carnival hosted by Jenny Davis of Park & Rec had more than 100 kids.

The wagon rides were provided by Todd Bergland collected 85 pounds of nonperishable foods. Thank you to Shelly Burkard and educators from the Albert Lea Area Schools for organizing the lines and collecting donations. 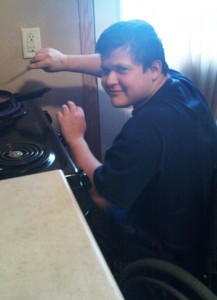 I would like to thank all the people who donated money for my children, Jessica and Tony, to purchase hospital beds, a stove and other expenses for our family: DuWayne and Margie Kirchner for a hospital bed; St. John’s Lutheran Home employes who helped with the benefit; the Rev. Joel Vano of Zion Lutheran Church for the door offering; Larry Fisher of Fisher’s Jewelers; Chad Vogt with Mrs. Gerry’s Kitchen; the Albert Lea branch of Thrivent for Lutherans, especially Paul Anderson and Vern Strand and the board for their support; the Faribault County chapter of Thrivent for Lutherans, particularly Linda Steinhauer, Thrivent representative and the board for their support; the Tribune; Greg Reese with Ecowater for a free bag of salt for the softener; Assistant Manager Steve Reed of Home Depot for the stove discount; Steve Shahan of Hy-Vee for a turkey and the Noon Kiwanis Club, particularly Rhonda Allison, for their January happy dollars.