From an early age, Americans are conditioned to see the world in sharp lines — black-and-white labels in a society where the reality is many shades of gray. The details, the subtleties? Well, those be damned.

Look at Walt Disney World, which attracts visitors by reducing a complex national heritage to its most basic elements. There’s so much more to Main Streets throughout America — much more to frontier times, visions of the future and even other nations — than the narrow scenes at the theme park. 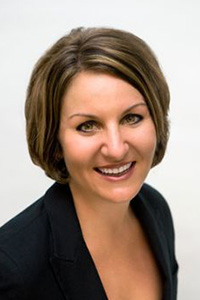 This thinking extends beyond its gates, and is endemic today in Washington, where Democrats and Republicans constantly maneuver to be seen as the good guys, while painting the other side as simply the bad guys. In the quest for an edge, leaders stoke those stereotypes and play to people’s proclivity to view everything — including their politics — in extremes.

Americans aren’t merely receptive to this shorthand. Many are complicit, enthusiastically categorizing politicians as saviors or enemies — and consuming a mass media that perpetuates these simplistic views.

It’s no coincidence that we have a political landscape that the extremes dominate. But is the system as broken as polls say? Or do Americans simply think it’s in shambles because of the barbs that politicians throw and the labels they use?

And all that raises a larger question: With the caricature and hyperbole of today’s political conversation, how can Americans cut through the clutter, seek out the nuances and see through the distortion to view what’s really happening?

It starts with acknowledging that politics is simply an extension of American life, rather than a separate world of heroes and villains.

Bryan Roberts, a former pastor in Fort Worth, Texas, advocates this model and has urged the church to view elections this way: “Presidential politics is about two people who both want you to choose them to serve their country in the best way they know how. They aren’t saviors. They aren’t superheroes. They’re just civil servants.”

Admittedly, this more pragmatic approach would be hard to accomplish in a divided nation where name-calling is the norm. The latest fiscal standoff is only the most recent example.

Almost daily, President Barack Obama’s argument has gone something like this: “There are too many Republicans in Congress right now who refuse to compromise even an inch when it comes to closing tax loopholes and special interest tax breaks. And that’s what’s holding things up right now.” And House Speaker John Boehner counters like this: “The administration is trying to play games with the American people, scare the American people. This is not leadership.”

The point of both statements: We’re with you, they’re against you. It’s a simple notion. And one that’s perpetuated by both ends of the political spectrum.

In 2000, the right reveled in George W. Bush’s election, convinced he would rescue the nation; the left went doomsday, convinced he would kill it. With Obama’s 2008 victory, the tables turned: Liberals cast him as the chosen one who could do no wrong, while conservatives castigated him as an illegitimate president.

Neither president saved or ruined the nation, of course. But the hero-and-villain mentality permeates every part of our politics, and gets in the way of discussion about what’s actually going on.

• The Koch brothers, who bankroll conservative groups, are worshipped on the right, maligned on the left; George Soros, the liberal titan who has given money to like-minded outfits, is seen as a godsend by Democrats, a bogeyman by Republicans.

• The liberal group MoveOn once waged a campaign to turn Gen. David Petraeus, then the commander of U.S. forces in Iraq, into a villain, with ads declaring him “General Betray Us.” More recently, the Tea Party is casting Obama as an unredeemable bad guy and, at times, promoting the falsehood that he wasn’t born here and thus can’t legally serve.

• Senate Republican Leader Mitch McConnell once made Obama enemy No. 1 for Republicans by saying that his top goal was to deny the president a second term. And, in 2010, Vice President Joe Biden led a Democratic strategy to cast the tea party as an extraordinarily dangerous arm of the GOP.

The media also speak in such absolutes — and not just in the United States. The British tabloid The Sun, for example, has a feature called “The Heroes And Villains of Westminster.”

In America, outlets sympathetic to conservatives — on radio, TV and the Internet — paint Democrats as the nefarious ones, while their liberal counterparts do the same to Republicans.

Yet in the popular culture, there is recent evidence of more subtle views beginning to peek out.

In the Showtime drama “Homeland,” the two main characters wear two hats, both battling terrorism and being complicit in it. In fact, some of the best American television of recent years has imbued shades of gray into even the most villainous characters, from the violent but occasionally kind Tony Soprano to the ruthless vampires in “True Blood” to the cruel but oddly moral Al Swearengen of “Deadwood.”

And how do we explain conflicted feelings about Lance Armstrong? Even after the famed cancer-beating cyclist admitted lying about doping, he remains a hero to many cancer survivors, a villain to many athletes, and a puzzle to many others.

In such realms, our good-and-evil notions have blurred and become more subtle. But how can the nation bring that sensibility to politics, where the stakes are arguably higher — not successful entertainment, but rather a successful nation?

While people like to categorize ideas, things and each other in easy-to-explain boxes, both politics and the people involved in it have behaviors more subtle and motives far more ambiguous than the labels we use.

Wouldn’t this country be better served if politicians stopped pigeonholing each other as heroes and villains, and if people and the media viewed them simply as men and women who serve the nation? That could produce, among other things, more realistic expectations, more civilized discourse and possibly even a more productive Washington.

Wouldn’t it be something if, instead of giving the hero-and-villain tags to politicians, we start doing so with the issues? What if we viewed poverty, disease and crime as the villains that we, the heroes of our own national story, seek to conquer?

That way, the heroes and villains we’ve adored since childhood visits to Disney parks would remain. But maybe we’d be fighting each other just a little bit less.

Liz Sidoti is the national politics editor for The Associated Press. Follow her on Twitter at http://twitter.com/lsidoti.