Robert E. Blowers, 80, of Austin, died Saturday March 23, 2013, at St. Marys Hospital in Rochester. Robert Eugene Blowers was born May 28, 1932, in Austin, to Walter and Inez (Strand) Blowers. He lived in Lyle as a child and graduated from Lyle High School in 1950. Bob served his country in the Army during the Korean War. He married Florence Bartholomew on June 5, 1955, at the Church of Christ in Austin. Bob worked as an employee of Hormel Foods Corp. until his retirement in 1986. He later worked at Mrs. Gerry’s in Albert Lea. Bob was a member of Our Savior’s Lutheran Church in Austin. He enjoyed swimming, horseback riding, traveling, camping, bicycling, going on bus tours, long walks and spending time with his cats and dogs. He especially enjoyed spending time with his family. 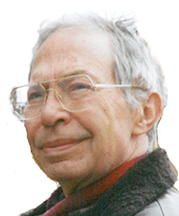 Funeral services will be at 2 p.m. Wednesday at Our Savior’s Lutheran Church in Austin with the Rev. Glenn Monson officiating. Interment will be in Oakwood Cemetery. Friends may call at the church one hour prior to the service on Wednesday. American Legion Post 91 and Veterans of Foreign Wars Post 1216 are in charge of military rites. Worlein Funeral Home of Austin is assisting the family with arrangements. Condolences may be expressed to the family online at www.worlein.com.