Gov. Mark Dayton scaled back his tax requests Thursday after hearing from the public, businesses and legislators that they were not keen on expanding the state sales tax to most goods and services.

“This does not allow us to do as many things as we could in a broader reform, but that is the way it is,” he said in announcing changes from his initial Jan. 22 budget proposal. 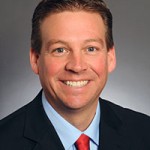 “Overall, it shows the governor is listening to people,” he said.

Rep. Jeanne Poppe, DFL-Austin, agreed. The decision to cut a $500 property tax rebate, which would have been a cost to the state, helped balance out the revenue lost from not having the sales tax, she said.

Despite Dayton’s choice to remove the item from his revised budget proposal, Sparks said, he thought discussion of it could return in the House or Senate.

The governor still wants to raise taxes on the wealthiest Minnesotans by more than $1 billion. An increase in economic development spending is also included, along with $640 million for education, which includes all-day kindergarten for 46,000 children.

“I think that’s been a key focus of the governor,” Sparks said of the education funding, adding past administrations have tended to under-invest in education. 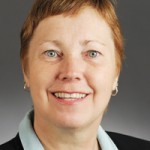 Poppe said the move made sense for the state, since it would help Minnesotans graduate, avoid debt and become active members of the job market.

“You get a great return,” she said.

While Dayton dumped his sales tax changes, he maintained an allegiance to raising income taxes on individuals earning more than $150,000 a year of taxable income and couples with incomes of $250,000 or greater, and forcing part-time Minnesotans to pay taxes to the state, although he admitted that the so-called snowbird tax has little chance of passing.

He also stood by a 94-cent-a-pack cigarette tax increase, which Sparks said he disagreed with. “It’s really a regressive tax,” Sparks said, adding he was concerned what other changes might come if the state starts to go down that road, and pointed to border towns that may lose business as Minnesotans travel to nearby states for cheaper cigarettes.

While Poppe acknowledged the potential health benefits to deterring smoking, she also expressed hesitation on the matter. The tax hike would place a higher burden on one segment of the population, much like a rise in the costs of tuition.

“The majority of people who don’t smoke feel like that’s a great tax,” she said. “They don’t see the consequence.”

Dayton kept in the plan a proposal to eliminate some tax breaks corporations receive and included enough money to repay interest on a $750 million public works bill. 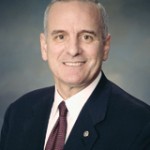 The revised Dayton plan does not go as fast as some want in repaying schools money the state borrowed from them, but Schowalter said the schools should get all of their money back by 2017.

Today’s announcement will be the basis for legislators to develop a two-year budget that Dayton suggests spend $38 billion in state tax money.

Democrats, who control the state House and Senate, have said they expect to decide next week how much money they want to spend in each budget category, ranging from education to agriculture, natural resources to health programs.

While many legislative budget committees have begun discussing the Dayton budget, they have taken no action until they can examine his updated proposal.

Everyone knew when Dayton released his first budget plan on Jan. 22 that it would undergo changes. With volatile federal politics affecting the economy, as well as other factors, Dayton said in January that his budget would change.

The state’s revenue picture looked better on Feb. 28 than it had in a late-2012 budget report. Instead of a $1.1 billion deficit, the February report showed it would be just $627 million. A more recent report indicated a slight revenue dip from the Feb. 28 projections.

Legislative committees likely will pass their budget bills beginning early next month, with full House and Senate action expected in late April or early May. The Legislature must adjourn by May 20, and legislative leaders promise they will not need to return in a special session to finish their work.