An Albert Lea man was charged in Freeborn County District Court on Wednesday with five counts in connection with a standoff with law enforcement Monday evening in Clarks Grove.

• Driving after cancellation, a misdemeanor. 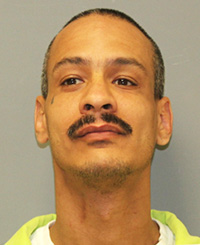 Court documents state the standoff began shortly after a Freeborn County Sheriff’s Office deputy attempted to pull over Olmeda, who was driving a white Chevy pickup on Main Street in Clarks Grove. There were reportedly two warrants out for his arrest.

Olmeda reportedly pulled into a driveway at 317 W. Main St., where he ran from the pickup to a barn behind the house.

In the barn, he climbed a ladder to the upper level, where he reportedly told deputies he had a gun and threatened to shoot them and at some points even hurt himself, court records state. He reportedly threw wood and other items down at the deputies and damaged the barn.

After no success in getting Olmeda to come out of the barn, the deputies called the SWAT team to assist. Prior to their arrival, however, he reportedly surrendered — about one hour and 15 minutes after the standoff began.

Though he was known to carry a gun, Olmeda did not have any weapons that day, court reports stated. No one was injured.

Conditions included having no firearms or dangerous weapons, having no alcohol or controlled substances, contacting probation and complying with GPS monitoring, among others.

Olmeda’s felony counts each carry a maximum penalty of five years in prison and a $10,000 fine.