Burnin’ down the house 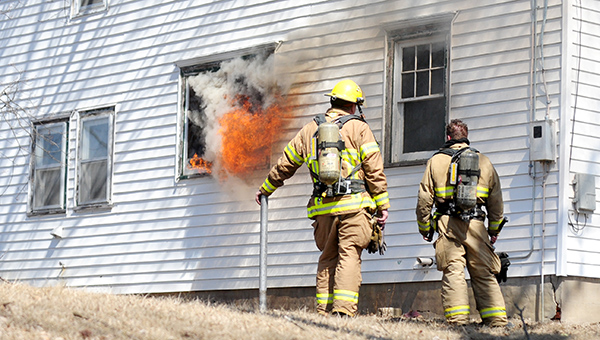 Doug Johnson and Trevor DeRaad on Thursday watch a fire blast out a window on a house at 816 W. William St. The fire was part of a controlled burn for firefighters who are taking the Minnesota State Fire Marshal Fire Investigation Class. –Brandi Hagen/Albert Lea Tribune 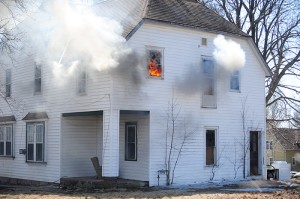 Smoke and fire billow out of a bedroom at a vacant home in Albert Lea on Thursday after Albert Lea firefighters, the Minnesota State Fire Marshal’s office and the Bureau of Criminal Apprehension started controlled burns in the home for the second phase of training for participants in the Minnesota state fire marshal fire investigation class. –Brandi Hagen/Albert Lea Tribune 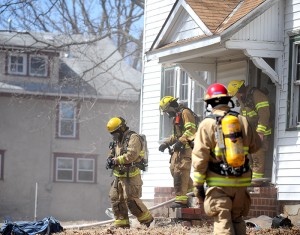 Firefighters exit a home at 816 W. William St. Thursday after extinguishing a fire they set in the back of the home as part of an investigation training. –Brandi Hagen/Albert Lea Tribune