Kristin Colby and James Golgart Jr. announce their engagement. Parents of the couple are Len and the late Juliene Colby of Champlin and Jim and Lucy Galgart of St. Peter. 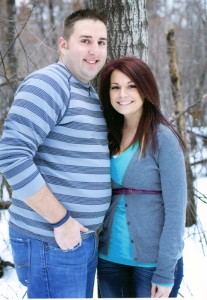 The groom’s grandparents are Marion and the late Ed Baker of Appleton, Wis., and the late Lorraine and Walter Gargart.

The bride is employed by United Hospital in Minneapolis in the security department.

The groom is employed as a police officer with the Minneapolis Police Department.

A wedding celebration was held Saturday at Mount Olivet Lutheran Church in Minneapolis. After a honeymoon in Mexico the couple will reside in Blaine.