I feel I’m a pretty well-read and informed person, certainly not living under a rock. But until the Dream Center, a nonprofit organization located in Los Angeles, asked me last September to run the Los Angeles Marathon in March of this year to raise money for their Project Hope, which rescues young women from human traffickers, I can honestly say I’d never heard of this savage scourge being the fastest growing criminal “industry” in the world, and existing right here in our United States of America. 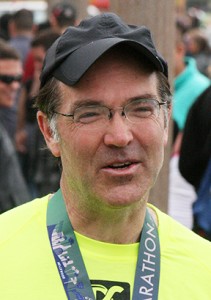 There are an estimated 27 million people in slavery across the world, with 12 million of them children. And 1 million of the children are exploited by human traffickers in the global commercial sex trade every year.

America, the Land of the Free? Life, liberty, and the pursuit of happiness for all? Not for the estimated 300,000 victims in the clutches of human traffickers right here in America. With 12- to 14-year-olds being the average age of entry into prostitution, 80 percent of these fellow human beings are females; with 40 being the number of clients a girl may be forced to serve in a single day.

Currently 99 percent of victims are never rescued. It can take between two to seven years to recover if they escape. Precious children, teens and young adults being held captive in boxes, cages, basement hideouts — transported in car trunks and semi truck trailers. They are deceived, manipulated, drugged, threatened and beaten. How do these fellow human beings possibly endure such inconceivable hardship, pain and despair? What happens if they lose hope of ever being rescued?

Thankfully there are loving, caring, gracious, merciful people willing to overflow with compassion and see a need and fill it. Fortunately, there are those who risk being on the front lines to square off against such a pervasive evil and help the helpless. Such is the Dream Center, a true epicenter of compassion.

It was an enormous privilege to be given one of the Dream Center’s charity runner spots in the Los Angeles Marathon this March 17. This is because all of the money raised for their Project Hope is going to the Dream Center’s ministry of rescuing, rehabilitating and restoring the lives of those once held in bondage by human traffickers. 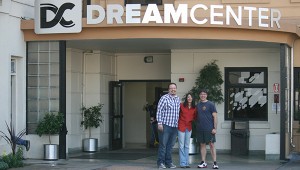 Sitting down at my kitchen table, I wrote to more than 1,000 people I’d met in my 54 years on the planet (even people I sat next to on airplanes, met in elevators, had as waiters/waitresses, and taxi drivers), asking them to consider coming alongside this effort with financial help for this tremendously important mission. The outpouring of support was extraordinary, with gifts coming from as far away as Bahrain, England, Canada, Hawaii, an island off Alaska, and friends in close to 40 other states. Compassionate people across the world who wanted to help make a difference in these precious young women’s lives.

March 17 found me at Dodger Stadium in Los Angeles at 7:28 a.m. for the start of the 26.2-mile marathon. Reaching Santa Monica Boulevard, with the Pacific Ocean on my right side and multitudes of people cheering, and fellow runners encouraging me on, it was one more mile to the finish line. Truly, all I could think of was what must be the inconceivable pain and distress that those in the bondage of human traffickers have to endure, day in and day out, week in and week out, month in and month out, year in and year out.

How do they endure? How do they persevere? What happens if they give up hope that they will ever reach their finish line of being rescued? With tears streaming down my cheeks, pressing on, I crossed the finish line.

The Dream Center’s multi-faceted approach with the women who are rescued from human trafficking focuses on helping victims recover from the full breadth of their trauma. The Dream Center’s Project Hope is part of a fragile underground railroad for today’s victims of human trafficking. There are only a handful of shelters in our country dedicated to meeting the specific needs of victims. Donations provide the medical, spiritual, emotional and mental healing for these special women. Those who came alongside this effort did a beautiful thing.

This man’s inhumanity to man must end. Please visit http://www.dreamcenter.org/rescueproject to see what you can do to help.

Rural Hayward resident Bryce Gaudian is development manager at Agilis Co. and is an avid runner. He has run 17 marathons.