In the wilderness of love

Internet dating was catching on in the early 2000s, and a number of my friends joined one of the popular sites. They let me peer over their shoulders while they fished for potential suitors in the online pool. It seemed like fun. My latest relationship had imploded after a year and half, and I was clearing the rails, wondering if this was a good place to start fresh.

After my friends had some, let’s say, “interesting” experiences with the actual people behind the online profiles, I decided to try a nearly opposite approach. I applied to work at a retreat center in the Cascade Mountains called Holden Village, with no phone or Internet service (yet), and no roads linking it to the outside world. I got a position as the head of lawns and gardens for the summer. 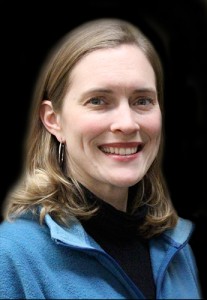 It was by far the most remote place I had ever lived, a trailhead for the Glacier Peak Wilderness Area. There were dozens of other young adults on staff, and, even if Cupid was not hovering above me with his bow drawn, there would be plenty of hiking partners with whom to trek the endless miles of rugged mountain paths.

Though I didn’t realize it as I stepped off the boat at Lucerne landing, my match was there. In fact, he was probably the first person I saw, since he was my driver up the switchbacks to the village.

I became friends with my future true love early on. He made goofy pronouncements, like most people “live to eat” while he “eats to live.” He rarely left the village except to drive the bus down to the dock on Lake Chelan to meet the passenger boat, and he also managed the bookstore.

He played his guitar in his free time, and he wrote songs that became staff favorites. At night on his porch his friends yelled out requests, like “House Called Chalet,” “Bus Drivin’” and “Lentils in My Soup,” and they all sang along. I hung around and thought I would just be one of his groupies, but three things as the summer unfolded revealed a chemistry experiment in progress between us.

First, as summer staff, I had to train as a dish team captain in the kitchen. I asked guitar man to help me through my first time leading dinner cleanup. He readily assented, and he was a great coach who made everybody laugh (“We are winning!”). Afterward I thanked him with a dozen fresh chocolate chip cookies I had baked, and I didn’t think much more of it.

I happened to see him a little later, and he wasn’t feeling well. Man who “eats to live” had eaten all the cookies at once. Strange. Clue No. 1.

Another month rolled off the calendar. One evening I was a few minutes late for the daily prayer service, and I slipped into a place along the side wall next to guitar man. I looked up at him to whisper “hello,” and he looked down at me silently, through long eyelashes, with an expression that made three words pop into my head with perfect clarity: “He loves me.”

It seemed so random, I thought I must have imagined it at the time. In retrospect, clue No. 2.

In the last few weeks of my summer position, after hiking many of the trails around Holden with other friends, I asked guitar man to take me to Copper Basin. “Isn’t it nice up there?” I asked. To my shock, he didn’t know, because he had never been. After 18 months on staff, he had only jogged to Hart Lake (once), a short hike from the village. “That’s unbelievable!” I blurted out.

He accompanied me to the basin (out of shame, I thought), and though a horde of mosquitoes pursued him like a hapless sugar daddy, the next week he followed me along Marten Ridge, and a week later he suggested we hike to see the amazing vista of the North Cascades offered by Cloudy Pass. An emerging pattern. Clue No. 3.

But would it stick? Inevitability of something bigger set in quickly, even as we both packed for trails east in Washington, D.C., and Wisconsin. Despite the physical distance we soon acquired, being in a relationship seemed easy all of a sudden. Within the next few years, guitar man followed me to Norway, back to Holden, and then to Minnesota. We married five days before moving to Albert Lea in 2005.

Ten years after finding harmony offline and off-the-grid, we have a house and two children together. My husband makes up songs on his guitar for our kids, and they sing (or babble like an Ewok) along. And every time I look at our baby girl’s long, thick eyelashes, I think, “Your daddy loves me.”