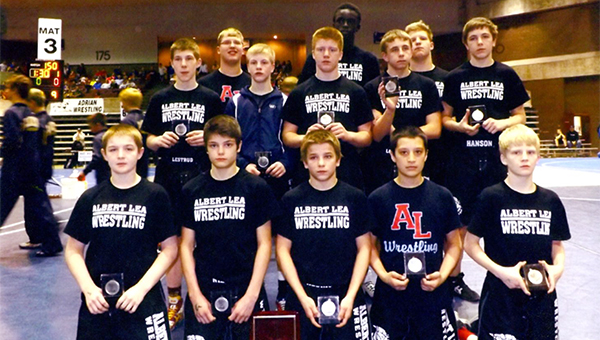 The Tigers’ sole loss was in the finals at the Northland Youth Wrestling Association state tournament at the Mayo Civic Center in Rochester in early April.

The Tigers earned second place out of 32 teams.

On an individual level, Garrett Aldrich won his second state title and the “Outstanding Wrestler Award.”

Tanner Palmer won the invite tournament, which was also at the Civic Center.