A Pine River man who had reportedly been living in Albert Lea for at least six months has been charged with violating his registration requirements as a predatory offender.

Jason Alan Beckstrand, 28, was arrested Sunday in downtown Albert Lea after police received a report of a woman who was being harassed by a man in the Albert Lea Public Library. 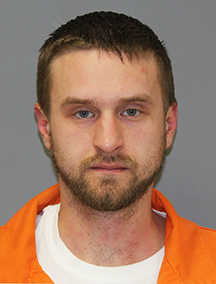 Initial reports stated the woman did not know Beckstrand, but upon further investigation, police discovered this was not the case.

Beckstrand was arrested on North Broadway near the American Legion Club and was found to have multiple warrants out for him in other counties, according to court documents. He had reportedly been living at 133 W. William St. in an apartment.

Under state law, predatory offenders are required to register several pieces of information with the Minnesota Bureau 0f Criminal Apprehension, including where they live, where they work, what they drive and if they own property, among other requirements. Knowingly violating these requirements results in a new felony charge.

Beckstrand reportedly told police he was the caretaker at the apartment building and later insisted that he traveled for work and had not violated his requirements.

Court documents allege Beckstrand did not register his primary address and his occasional employment.

Freeborn County District Court Judge Steve Schwab on Tuesday ordered Beckstrand’s bail be set at $75,000 without conditions or $25,000 with conditions. It is not likely he will get out of jail, however, because of the warrants in the other counties.

According to court documents, Beckstrand has been convicted of violating his registration requirements at least one time before.

He is next slated to appear in court May 9.

Knowingly violating registration requirements as a predatory offender carries a maximum penalty of five years in prison and a $10,000 fine. It carries a mandatory minimum sentence of one year in prison.