Pageant participant sets a goal of improving confidence of girls

A 15-year-old Albert Lea girl has made it her goal to encourage self-worth for other girls her age.

Danielle Quinn, daughter of Matthew and Kathy Quinn, will represent the area in the junior teen division of the National American Miss Minnesota Pageant, which will take place in June in Bloomington. 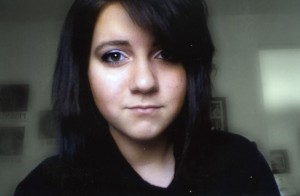 “I want to try to reach out to girls my age and let them know they are worth something,” Quinn said. “A lot of girls these days feel like they’re nothing. They get bullied a lot.”

She said she hopes the pageant will help her promote her values on a bigger scale.

“You don’t have to be a beauty queen to be a great person.” she said. “You have to have true beauty on the inside.”

Quinn, who is home-schooled, said she decided to try for the pageant after receiving a notification in the mail. She had considered the pageant in previous years, and this year other people gave her a push to try it out.

Contests of the pageant include a personal introduction, formal wear and personal interview.

The winner of the pageant will receive a $1,000 cash award and air transportation to compete in the national pageant in California, among other prizes.

According to a news release, the national pageant is based on inner beauty, as well as poise and presentation.

It also puts an emphasis on the importance of developing self confidence, learning good sportsmanship and setting and achieving goals.

Girls under age 12 are not allowed to wear makeup, and there is no swimsuit competition.

Quinn, a sophomore, said she must raise $580 in sponsorship money before April 26 to be able to attend.

During her free time, Quinn said she enjoys acting and singing, spending time with family and friends and volunteering in the community.