Riverland down through the years

Scroll down to see a gallery.

1940
Austin Junior College opens on the third floor of Austin High School Sept. 3 with 138 freshmen and a faculty of five full-time and four part-time instructors. The school is formed as part of the public school system, with Reuben Meland serving as dean and later president. Tuition was $4 per semester hour. That first year, the college has football, basketball and hockey teams. Austin Daily Herald Sports Editor Tom Koeck calls the football team the “Blue Devils” in an article, and the name sticks.

1941-1945
Enrollment drops to as low as 37 people one year during World War II — 36 women and one male on medical discharge from the Navy. However, the college is still busy. The college begins work with the Civilian Training Pilot Program and War Training Service, an introductory training program for pilots going into the Air Force and Navy. Meland and airport flight instructor Marcellus A. King are among the teachers for the class.

1951
The Austin Area Vocational-Technical School is established in the annex of Austin High School as a part of the public school system, but separate from Austin Junior College.

1965
A Manpower Development and Training Center, the predecessor to Albert Lea’s vocational and technical school, was originated in Albert Lea.

1966
Austin Junior College changes its name to Austin State Junior College and moves to the current east campus. Classes start Sept. 22 that year with about 850 students and 40 faculty members. The new $2.75 million wing is officially dedicated on Jan. 29, 1967. The 90-acre campus is said to be on the “outskirts of Austin.”

1968
On Nov. 4, the State Board of Education formally approves the formation of Albert Lea Area Vocational-Technical School, with Wayne Broecker as the director.

1969
The Albert Lea Evening Tribune reported on April 29, 1969: “Functional planning and a little bit of dreaming have been incorporated into the proposed use of the 117 acres acquired earlier this year by School District 241 as a site for the proposed Albert Lea Technical Education Center.”

1976
The Austin Community College Foundation forms; it later becomes the Riverland Foundation. The board forms under the direction of Greg Meyer and 18 members with the goal of providing financial support to strengthen the quality and availability of education.

1985
The Owatonna Higher Education Center opens as a way to create a seamless link between education, work and the community.

1992
Austin Community College receives $7.2 million for an expansion that includes the current main entrance and 33,000-square-foot library and renovations to bring the building up to date for handicap accessibility and safety codes.

2008
Minnesota State Colleges and Universities acquires Owatonna College and University Center, with Gov. Tim Pawlenty signing it as part of the bonding bill in April. The sale is finalized Dec. 31.

2013
Adenuga Atewologun is appointed as the new president by the Minnesota State Colleges and Universities board of trustees. Interim president Kent Hanson will finish the year until Atewologun starts in July. 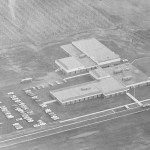 An aerial view of the Albert Lea campus in the fall of 1970. –Photo courtesy of the Freeborn County Historical Musuem 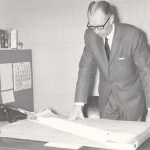 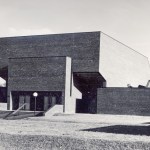 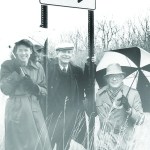 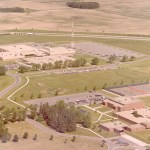 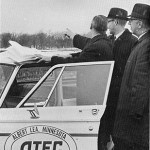 This photo was in the 1971 yearbook of Albert Lea Technical Education Center.