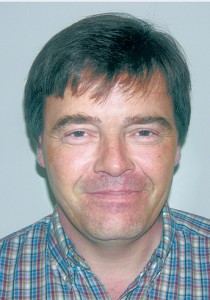 Ford, who has worked in housing and redevelopment for 16 years and in Albert Lea for 10, said the agency had been experiencing reductions in federal funding since 2008 — particularly to public housing operating subsidies. But with added cuts tied to the sequestration, he has become “a little nervous.”

With all the cuts combined, Ford said he hopes to reduce costs by $75,000 a year.

“We’re trying to keep the services together for families as much as we can,” he said.

He said there are 135 families on Section 8 assistance locally. However, the agency may have to close its waiting list — at least temporarily — because funds will be exhausted.

The federal Section 8 program provides a half million in rental subsidies in Freeborn County alone — 90 percent of which is in Albert Lea.

He said 90 percent of the families the HRA serves are made up of the elderly, disabled or the working poor.

“If they lose that housing, that affects more than just them,” Ford said.

Right now the reduced federal funding is affecting the administration of these programs, so much so that some agencies are trying to relinquish their Section 8 duties.

He noted the local HRA is fortunate this year that voters approved a $50,000 levy that will help with some administration costs. Ford said he is also lobbying for some deregulation in the agency’s requirements.

“I don’t dispute the fact that we need to cut the federal budget, but they need to do it across the board,” he said.

Nationwide, he estimated there will be 140,000 less families served this year compared to last because of reductions in federal funding.