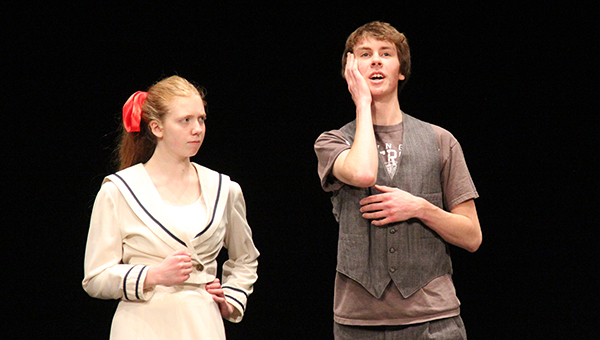 Students at Albert Lea High School are set to perform the classic, “Our Town,” which opens tonight.

“Our Town,” written by Thornton Wilder, is celebrating its 75th year. Director Lilah Aas said after doing some research she believes this is the first time ALHS students have performed the play. Albert Lea Community Theatre performed it in 2006 and in 1981.

“It’s a classic piece of theater with a strong message,” Aas said. 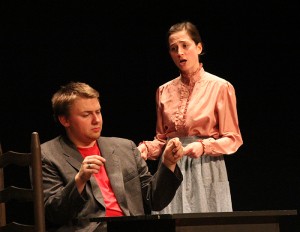 The play is set in the fictional town of Grover’s Corners, N.H., and tells the story of the town’s residents through following their everyday lives. The play is performed without the use of props, and actors mime their actions.

The cast has more than 20 students, some of whom have more than one role. They have been rehearsing for five weeks and range from eighth- to 12th-grade students. Aas said the students have been dedicated.

“Duncan Kromminga, a junior, is playing the role of the Stage Manager, which involves memorizing huge monologues of up to three pages,” Aas said.

Aas also said “Our Town” has a strong message that will get the audience thinking. She likes that it has a large cast with both big and small roles, but that even the small roles are essential.

“And the cast not only acts, but also changes the set and creates almost all of the sound effects,” Aas said. 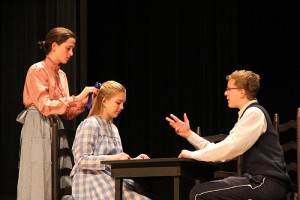 John Fure and Aas direct the show, along with student directors Syne Barr and Bailey Ford. The directors said they paid special attention to having everything — set, costumes, music, lighting and furniture — work together to create a piece that flows.