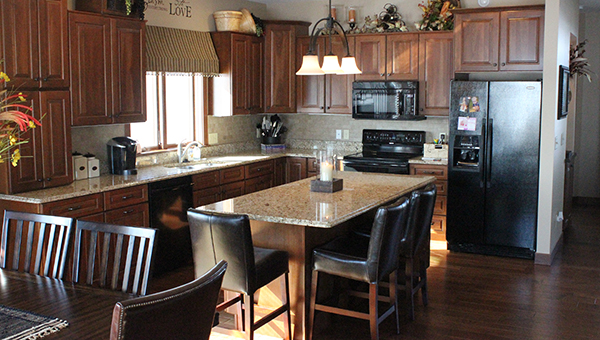 A home in the new Wedgewood Cove residential development was just what Todd and Mary Wayne were looking for back in 2010.

The youngest of their three daughters had graduated, and their family of five now only had Mom and Dad at home. Their home on Crescent Drive was outsized for the empty-nesters but took 28 months to sell. When the big house finally sold, they noticed a 3,100-square-foot house at Wedgewood Cove was just being finished. They knew it must be the right one.

“Todd and I didn’t have a desire to build, but this is close to what we would have built,” Mary said during a tour of their home at 2354 W. Ninth St.

The home on Crescent had been across from the Albert Lea Country Club, a century-old golf course that was sold in 2006 and then shut down. Todd enjoys golfing, and the couple liked seeing friends playing the course. They spend much of their free time during summers up north at a cabin on a lake near Brainerd. When they are in Albert Lea, they can sit outside and watch the action on Hole 10 at Wedgewood Cove. 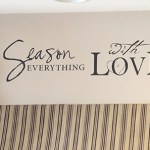 A wall in the kitchen of Todd and Mary Wayne reads: “Season everything with love.” 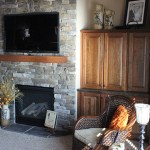 Sunlight falls on the living room of Todd and Mary Wayne. The original home had a TV screen behind the wooden doors on the right, but the couple had the TV set mounted above a mantle. 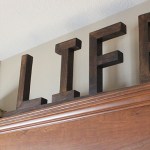 A decoration in the home of Todd and Mary Wayne reads “Life.” 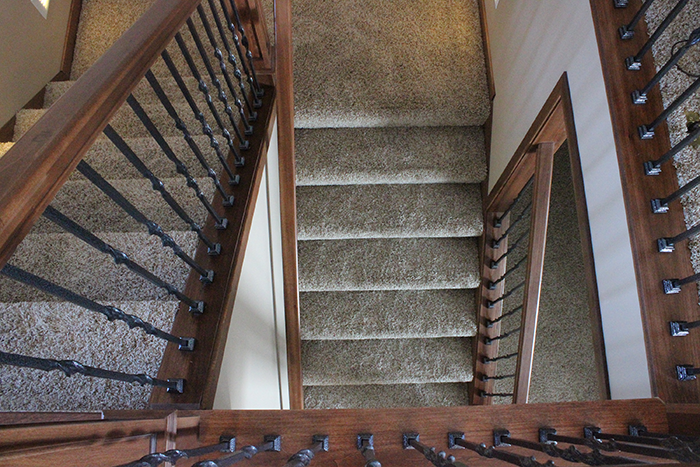 Stairs near the foyer lead down to the finished basement. 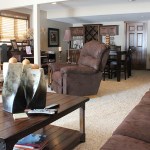 A family room in the basement is where the Wayne daughters and their friends and families can spend time when they visit.

Mary says the new home has a more modern design, with an open floor plan. Most of the living happens on the main level, with its kitchen opening to the living and dining rooms. Bed and bath are just down the hall.

The basement has room for the kids when they come home. There are spare bedrooms and a bath, and there is a family room for hanging out, playing games or tinkering with a piano.

Wedgewood Cove offers residents mowing and snow-clearing services, and Mary said having that available is convenient. She said they like living in a new house, because there is little maintenance to deal with.

That means more time to enjoy the lake cabin.