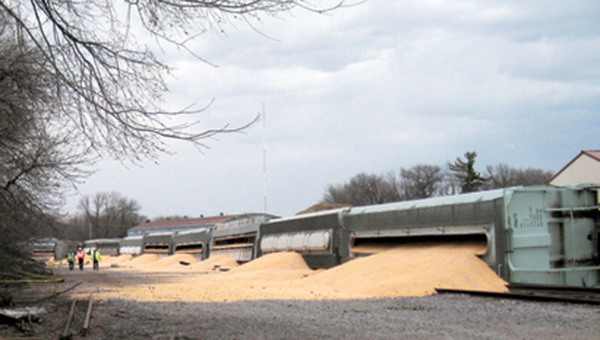 By Fairmont Sentinel
BLUE EARTH — Piles of grain spilled out onto the ground after a Union Pacific train derailed while traveling through Blue Earth.

According to Blue Earth police officer Matt Hotzler, no injuries were reported and there was no danger to the public. All train cars and their contents were on railroad property.

Officers from the Blue Earth Police Department, Faribault County Sheriff’s Office and Minnesota State Patrol were on the scene, Hotzler said, as were city officials and railroad employees.

The cause of the derailment is under investigation.