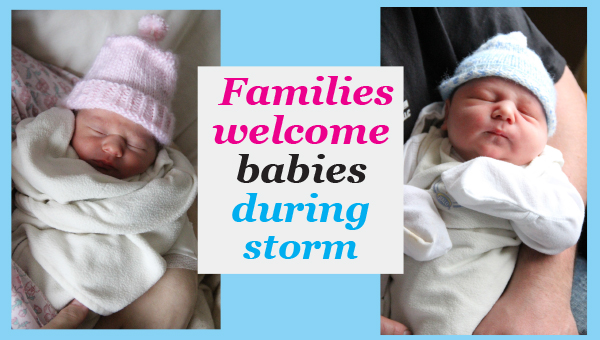 Two local families have an extra special reason to remember the historic snowstorm of this week that dropped about a foot of snow on the area. 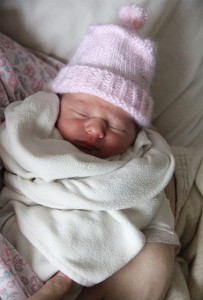 “We never ever, ever thought we would be plowing out the driveway to get her here,” said Kristin, who works at Bergdale’s Harley-Davidson with her husband.

Kristin said her water broke at 9 a.m. Thursday, while Mike was outside trying to plow out the couple’s driveway to their home on Freeborn County Road 101.

Mike said they lost many branches and an estimated four or five trees.

An ash tree had fallen over the driveway — bent in half at the center — but had left just enough room for a car to fit underneath.

They rushed to Mayo Clinic Health System in Albert Lea, where they arrived at about 9:45 a.m.

The couple said they were the only ones in The Baby Place at the time, and obstetrician Jodi Schulz helped deliver little Lindy. 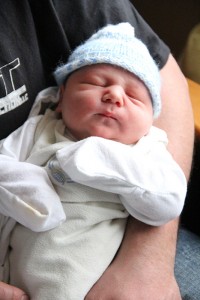 The family has received many kind words since Lindy’s birth from people saying they are glad she made it safe and healthy.

Her original due date was May 16.

About 20 minutes after Lindy was born, the Godekes arrived at the hospital after Becky started having contractions at the couple’s Hollandale home.

She said she had already been scheduled to be induced Thursday but this was canceled because the hospital didn’t have power.

Carsten’s due date was April 26, and this was their second time for the induction to be canceled.

Becky said Adam, who works for GT Construction, had spent the day cleaning up fallen trees in Albert Lea.

They arrived at the hospital at about 8:15 p.m. Thursday, and Carsten was ultimately born at 12:55 a.m. Friday. 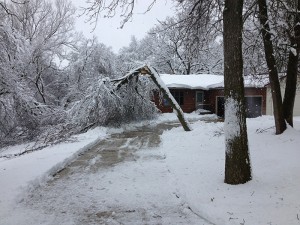 A tree fell over the Bergdale’s home, but they were still able to get out to get Kristin to the hospital. — Submitted

The two families were in rooms side by side Friday afternoon at The Baby Place.

Becky said her friends have joked that all the excitement of the snowstorm will give her even more reason to remember that day.

“At least we’ll have stories to tell,” she said.