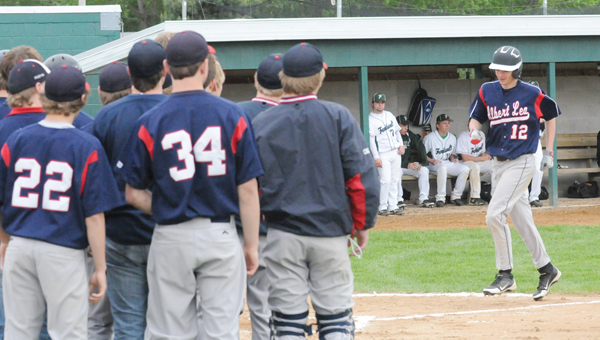 The Albert Lea baseball team, the No. 9 seed in the Section 1 AAA tournament, missed an opportunity to upset No. 1 seed Faribault on Saturday.

The Tigers stranded 12 base runners, and the Falcons prevailed  5-4 in nine innings during the section quarterfinals.

The trend of close games continued, as the Tigers also lost both regular-season meetings of a doubleheader at Faribault by one run (2-1, 5-4). 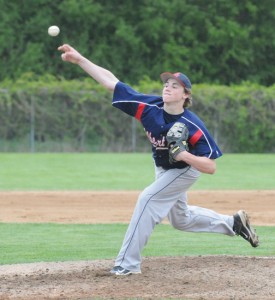 Albert Lea got off to a great start with a solo shot over the center field fence by Wyatt Paulsen, Tigers head coach Joe Sczublewski said.

In the third inning, E.J. Thomas hit a single and advanced to second on a single by Dylan See-Rockers. Thomas scored when Johnathan Fleek reached first base on error. The run gave the Tigers a two-run advantage.

However, Albert Lea knotted the score again in the top of the sixth.

Paulsen was hit by a pitch, and Lucas Hansen earned an infield single. Both runners scored on a double by See-Rockers.

Neither team scored in the seventh or eighth innings.

In the bottom of the ninth, Faribault escaped as a runner scored on a sacrifice.

“We threatened with runners in scoring position in the seventh, eighth and ninth, but we just couldn’t get that clutch hit,” Sczublewski said.

Hansen took the mound for eight innings. He struck out three batters and allowed three walks.

“Lucas pitched very well. He worked out of jams and turned double plays,” Sczublewski said. “He battled out there.”

After a team gets past the first round of the section tournament, the tourney becomes double elimination. So, after the loss, Albert Lea has one strike, but it also has a chance to work its way through the consolation bracket.

The journey includes five more games before the section championship. The first game is set  for 11 a.m. today against No. 5 seed Rochester John Marshall.

The Rockets are coming off a 7-5 loss at Owatonna in the quarterfinals.