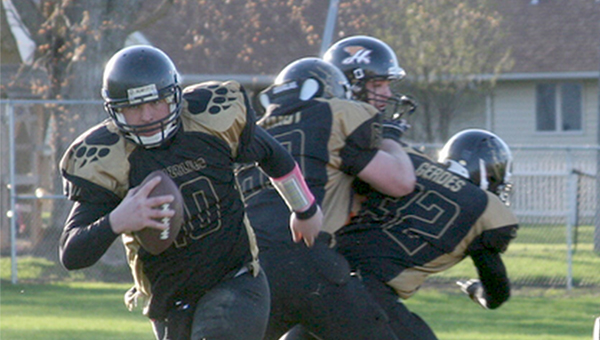 Tony Tolbers, a quarterback for the Albert Lea Grizzlies, finds daylight last Saturday against the South Central Hawgs. He completed eight passes for 57 yards. Tolbers is a native of Albert Lea. The Grizzlies started the season 0-2, and they will host their first game of the season against the Buffalo Ridge Wildcats. The Wildcats won their first two games of the season but lost 22-14 to The Panic last Saturday. — Submitted