Charitable gaming actually is on the rise

That might come as a surprise to those who only have read the headlines or listened to the political back-and-forth over funding for the Vikings stadium. The facts are clear, though. When measured by the only thing that matters — our core purpose of serving our charitable missions and strengthening our communities, we are doing great. In fact, last year, charitable gaming contributed $43 million to charity work in communities around the state. 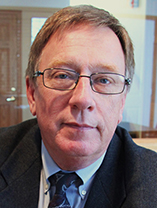 Charitable gaming also paid $41 million in taxes to the state last year. Think about that for a minute. For every dollar charitable gaming earns for our core purpose — charitable work — we are raising nearly the same amount for the public’s work through our tax payments.

That context might be helpful in understanding issues surrounding the role of charitable gaming in financing the state’s share of the Vikings stadium. The goal of the governor and Legislature last year was to finance the stadium without new taxes or taking money from the state’s general fund, the dollars that support education, health, transportation and other government programs. Charitable gaming became a means to a new end, financing the stadium.

All that is history now. Today we are committed to finding solutions that create wins for our charities and the missions they serve, for the Vikings stadium and for taxpayers. There are solutions if we set politics aside.

First, charitable gaming in Minnesota continues to be strong. Sales of paper pulltabs were up about 8 percent last year, and are on track to have another increase this year. Remember that revenue generated from paper pulltabs will also contribute to the funding of stadium bonds.

Second, there is a short-term problem that requires a short-term solution. The fact is, the regulatory review and approval of the electronic machines and new games has been slow. It’s just within the last few weeks that the first linked e-bingo games and most of the e-tab distributors have been approved.

The good news is that as more electronic games are available to charitable gaming operators, more sites are adopting them. Recent data from the Minnesota Gambling Control Board show that from the beginning of the year through March, the number of sites of e-games has increased by 39 percent. Even more encouraging, gross revenue per site has stayed on track with the increase in number of sites, growing 38 percent in that same time period.

We are confident that over time e-gaming will be successful. In particular, we believe e-bingo — which is starting to enter the marketplace — will be the largest revenue generator. E-bingo links players across the state and promotes the social interaction that makes paper pulltabs so successful. Bingo is broadcast on a big screen TV at every site in addition to the player interacting directly with the electronic tablet, allowing players and non-players to share the excitement of multiple large jackpots every day.

It doesn’t make sense for the Legislature or governor to pull the rug out from under e-gaming just as manufacturers and distributors are deciding on making the upfront commitment of tens of thousands of dollars, even millions of dollars to develop and build the gaming machines, create the games and work with operators to make them successful.

What are needed now are bridge solutions that allow charitable e-gaming to build a market. The legislature is considering options that recognize the long-term importance of charitable gaming to Minnesota communities, but will provide a temporary shot of revenue to support the stadium bonds. That’s the right direction.

Charitable gaming organizations stand ready to help find solutions that will protect the integrity of the games, assure that we can deliver for our communities and charitable missions and deliver the revenue the state needs to finance the stadium bonds. We only ask that the legislature and governor work with us in ways that protect our core purpose — our charitable work — and find solutions that are fair and dependable.

Allen Lund is the executive director of Allied Charities of Minnesota.