Jon and Shannon Cliff of Waseca and Dennis and Lynda Everhard of Albert Lea announce the engagement of their children, Lauren Cliff and David Everhard. 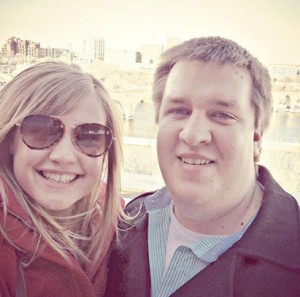 The bride’s grandparents are Denny and Lori Neff of Waterville and Joanne and Ken Earl of Waseca.

The groom’s grandparents are Rodger and Judy Luksik of Glenville, LeRoy Everhard of Albert Lea and the late JoAnn Everhard.

The bride is a 2009 graduate of Waseca High School. She has attended Bemidji State University and South Central Technical College in Mankato. She is employed at Kid’s Corner in Owatonna.

The groom is a 2008 graduate of Albert Lea High School and a 2010 graduate of Bemidji State University.

He is employed at Federated Insurance in Owatonna.