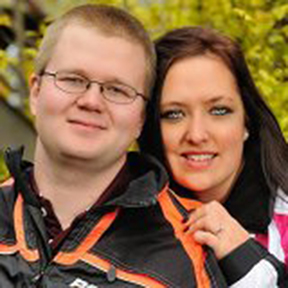 The bride is a 2009 graduate of Albert Lea High School. She received her registered nurse degree from Riverland Community College. She is employed at the Good Samaritan Society in Albert Lea.

The groom is a 2008 graduate of Albert Lea High School. He received an industrial maintenance degree from Riverland Community College.

He is employed at Renewable Energy Group in Glenville.

A Sept. 14, 2013, wedding is planned at Central Freeborn Lutheran Church.