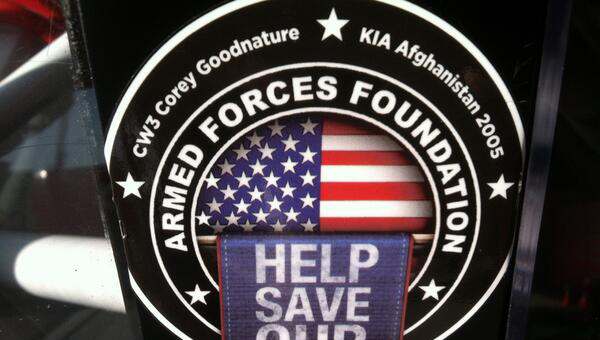 Corey Goodnature, a graduate of Albert Lea High School and a former U.S. Army Chinook pilot was remembered with a decal on Kurt Busch’s No. 78 Furniture Row Chevy car during the Sprint Cup Series in Kansas City, KS, on April 21. The rememberance was made possible through the Armed Forces Foundation. — Submitted