We can all agree that education is a Minnesota priority. And we have all seen that priority suffer during the past decade.

As the leader of 8,000 school workers across Minnesota, I hear regularly from working families that education is their No. 1 priority and concern. Parents just want to see their kids given the best opportunities available to set them up for future success. And it’s frustrating when those opportunities dwindle year after year. It’s time to get things back on track, and supporting our kids and schools with fair revenue is the best answer. 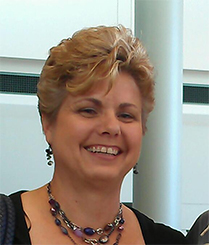 Schools faced many challenges over the past decade. This year, Lakeville School District is cutting $3.5 million from its budget. Ten districts in Minnesota are now on four-day weeks to save money. When inflation is accounted for, per-pupil funding has decreased by $2,199 over the last 10 years. Since 2001, districts have become more and more reliant on local property tax levies to keep schools running smoothly. Also since 2001 when the general education levy was repealed, the number of local levies has risen to an all-time high, creating the highest disparities the state has seen in education funding. Albert Lea has levied for the past couple years, and the district has still been forced to make cuts to staff just to balance the budget.

If education is a Minnesota priority, it sure doesn’t feel like it.

That’s why we need to increase our investments in education by raising fair revenue from the wealthiest Minnesotans and the biggest corporations. In 2011-2012, the top 1 percent of incomes in the country grew by 11 percent, and the other 99 percent went down, according to Minnesota Revenue Commissioner Myron Frans.

Meanwhile, poverty is on the rise. The percent of Minnesotans living below the poverty line is 12 percent — a 30-year high up from 8 percent in 2000, according to Minnesota State Demographer Susan Brower.

So the disparities between the rich and poor are growing, and our education system — the best way to help provide opportunities for all kids in Minnesota — is hurting because of it. It is absolutely time to level the playing field and support our schools by having every person and every corporation pay their fair share.

Every student in Minnesota matters. It’s time we come together and help kids and schools with fair revenue. Now is the time.

Carol Nieters is the executive director of SEIU Local 284, a union of more than 8,000 members working in schools and districts across Minnesota. SEIU stands for Service Employees International Union.