Health ins. claims are up at school

The CEO of Alliance Benefit Group, Brad Arends, who consults for the school district, made a presentation to the board about an issue with its employee health insurance benefits during the board’s regular meeting Monday evening. 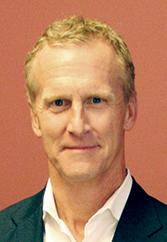 The problem stems from what Arends called a bad year in 2012, in which there were 47 “catastrophic claims,” or claims that cost more than $25,000. Several of the claims were reportedly close to $500,000. Arends said the most common causes of these claims are heart attacks, strokes, cancer or premature births. A typical year would have about half the amount of large claims that were filed, and because of those claims, employee premiums are expected to jump 20 percent for 2013.

“It’s a huge increase,” Arends told the board. “It’s not uncommon unfortunately.”

For groups the size of the school district Arends said he would expect an increase of 6 to 8 percent per year. He showed the board that in previous years the district had fared well, and if you include that data then employees had just an average increase of 3 percent per year since 2010.

But the 20 percent increase this year was a shock to staff, many of whom have family plans. The district’s union voted to allow employees to stay with the group or choose another insurance plan, which is the union’s right under state statute. The vote passed, and some employees are choosing to use another insurer, which will increase the rates of those employees staying with the original insurance provider.

Arends presented rates and plans between the two insurers, which showed that single people and families will still see rate increases that could even be more than the original provider. Board member Mark Ciota, who said he works with both unions and insurance in his job as CEO of Mayo Clinic Health System in Albert Lea and Austin, said he can’t make sense of the decision to leave one insurer for the other.

“I’ve never had a bargaining unit choose a more expensive plan for their participants,” Ciota said. “Initially I thought it was OK because they’re going to have to pay for it, but the district may have to pay more.”

Superintendent Mike Funk said he guessed that teachers might be thinking that the new insurer will have less dramatic premium increases in the future. Ciota asked for the number of votes for and against the new plan, and Director of Human Resources Jim Quiram said that a number of people didn’t vote.

“A huge percentage of them didn’t vote at all; it really infuriates me,” Ciota said. “It’s bad decisions by people who are well educated.”

Ciota said he knows unions have rights but the decision didn’t make business sense to him. Because it’s the union’s right under state statute there isn’t much for the school board to do. They asked Arends to let them know how the decision will affect the employees who aren’t going to change insurance plans, because they might see an increase of more than 20 percent now with fewer members in the group.