Funeral services for LaVerne Bergerson will be at 2 p.m. Tuesday at Community Lutheran Church in Geneva. The Rev. Carrie McElfresh will officiate. Interment will be at Geneva Cemetery. Military honors will be accorded by local servicemen’s organizations, VFW and American Legion. Visitation will be held from 5 to 7 p.m. Monday at Bayview/Freeborn Funeral Home and one hour prior to the service at the church. Online condolences are welcome at www.bayviewfuneral.com. 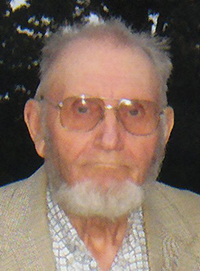 LaVerne Bergerson was born on March 22, 1930, to Alfred and Esther (Anderson) Bergerson in Kiester. He grew up in Kiester where he graduated from high school in 1948. In 1952 LaVerne entered the United States Marines. On Aug. 26, 1956, he was united in marriage to Opal Elaine Flugum at Community Lutheran Church in Geneva. LaVerne was a farmer and worked at the Clarks Grove Creamery and also worked at the Hayward rest stop. He was a member of Community Lutheran Church, VFW, Pheasant and Habitat and Farming of Yesteryear. He enjoyed fishing, going for coffee with friends and visiting with family.