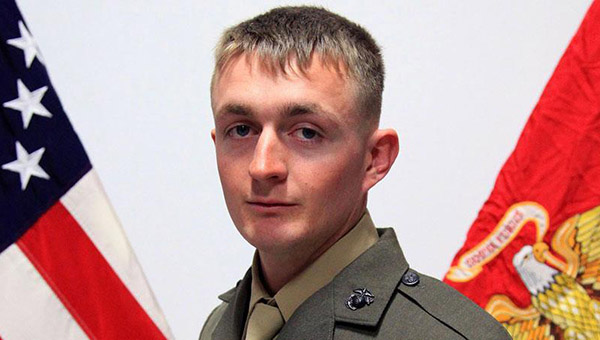 The grandson of an Albert Lea woman was killed during a combat operation in Afghanistan’s Farah province earlier this month.

Cpl. David Sonka, a 23-year-old Marine from Parker, Colo., and his military working dog, Flex, were reportedly killed during an alleged insider attack May 4, according to The Denver Post.

David is the grandson of Elaine and the late Bob Sonka and was reportedly serving in his second tour to Afghanistan.

“We’re in shock; that’s all I can say,” said Elaine on Friday by phone from Colorado. “He just wanted to serve his country, and that was his goal. He was very, very smart and could have done anything, but this is what he chose.”

The two Marines were assigned to the 2nd Marine Special Operations Battalion in Camp Lejeune, N.C.

Their deaths remain under investigation.

The Denver Post said David was born in Aurora, Colo., and joined the Marines in August 2008, graduating from recruitment training in November 2008.

During his service, he received numerous personal decorations, including a Navy and Marine Corps Achievement Medal, a Marine Corps Good Conduct Medal and a Combat Action Ribbon, according to the newspaper. He attended military police school, and, once finished, began courses to become a military working dog handler.

Elaine said she received a phone call about his death at about 10 p.m. May 4. The next day she left to drive out to Colorado.

She said David’s final funeral arrangements have not yet been made; however, Flex will be buried with him. They will receive a full military funeral.