I am submitting this letter to Wayne LaPierre written by Mike Weisser. He is a former college professor who owns a gun shop and is a senior firearms instructor for the NRA.

I commend this to the readers of the Tribune. Mike believes that “self-regulation by the gun community begins with doing away with the casual approach to guns in society: Parents and educators need to take it on: Guns aren’t toys and shouldn’t be used by everyone: Safe owners, safe use, safe storage, safe transfer.” 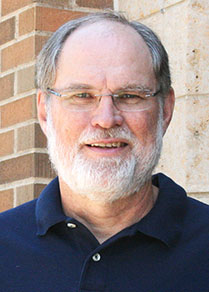 Sorry I couldn’t make it to the annual meeting. I’m a life member, and I try to get there every year. But this year is different. If I showed up, you would have tried to get me to help you fight a “culture war.” But if there is a war going on, you represent the wrong side.

I just watched your speech. I think it’s time you dropped this nonsense about protecting our “rights.” Be honest and tell it like it is. The reason you’re opposed to background checks has absolutely nothing to do with the Second Amendment. It’s about making it as easy as possible for everyone to own a gun. More guns means more profits for the gun companies, and that’s who you really represent.

In 2011, Ruger’s stock was trading at $21 a share, now it’s at $51. Smith & Wesson’s stock was three bucks a share, today it’s almost nine. I remember after the 2010 elections when it looked like the Obama administration was going to be toast; gun dealers like myself couldn’t give away the inventory. Now we can’t keep anything on the shelves. You keep referring to the president as an enemy of the gun industry. The truth is that Barack Obama is the best salesman the industry ever had.

And the reason he’s such a good salesman, Wayne, is because you and your allies have spent the last 20 years making every gun owner believe that the only reason we have any gun laws at all is because the Washington “elites” want to take away all our guns. So when a tragedy like Sandy Hook occurs and well-meaning people react to such senseless violence by looking for ways to make it harder for guns to get into the wrong hands, you and the other “protectors” of the Second Amendment get right to work convincing responsible gun owners that such laws are aimed at them. You are protecting illegal and “irresponsible” gun owners, and lumping them in with the majority of legal gun owners who are careful with their weapons. That’s because an irresponsible gun owners’ money is just as good for gun companies as a responsible gun owner, and you want to protect your market share, even at the expense of innocent lives.

It’s easy to cloak yourself in a holier-than-thou mantle of God-given rights to avoid looking at the facts. And the facts are that private-citizen vigilantism doesn’t protect anyone from gun violence; it actually results in more violence and deaths. It’s easy to disparage the 90 percent of Americans who are in favor of expanding background checks by telling your audience that some unnamed Congressman from some unnamed state hasn’t gotten any calls. But maybe the time has finally come when most Americans are more worried about ending the 100,000+ firearm deaths and injuries than whether you and your NRA cult of followers can Stand and Fight.

For all your talk about defending liberty Wayne, I’ll give you something more important to defend: the young children whose lives always seem to take a back seat to how many guns you can get Americans to buy. I’m talking about children at Sandy Hook, a 4-year-old in New York, a 2-year-old in Kentucky. There’s something immoral about denying any connection between the deaths of children and the explosion in gun sales that you claim show how much we love our freedom. I’d rather have those kids alive, even if it costs me more than a few bucks in gun sales. I joined Evolve so I could be part of an organization that wants gun owners and non-gun owners to lead with solutions that can talk about saving human lives and preserving our Second Amendment rights. That’s patriotic and that is a future worth fighting for.

senior firearms instructor for the NRA

Joel Erickson is an Albert Lea resident and a semi-retired Lutheran pastor.