On Benghazi, are we a nation run by fools?

It seems like only yesterday when President Obama stood in front of an electrified audience at the 2012 Democratic National Convention just days before the deadly Sept. 11, 2012, attacks on the U.S. Consulate in Benghazi, Libya, reminding supporters, “al Qaeda is on the path to defeat and Osama bin Laden is dead.” 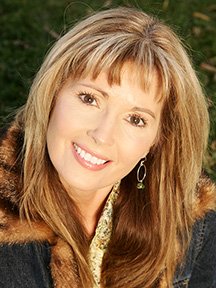 Days later, on Sept. 14, a somber-faced Obama and his sullen-faced Secretary of State Hillary Clinton stood in front of four flag draped coffins at Andrews Air Force Base, assuring the small group of grieving family members their loved ones did not die in vain. Their ill-informed message suggested these patriots weren’t killed by terrorists; they died because of protests about a YouTube video.

Since then, the administration has done its best to dodge questions and distance itself from the events of Sept. 11, and acquired a convenient case of amnesia along the way. Nine months in and Americans still have no clue why initial talking points from top officials’ claiming the attacks were most likely executed by al Qaeda-linked terrorists were reduced to “a YouTube video.” Did they fear acknowledging such a claim so close to the 2012 presidential election? Or did they actually believe the video story?

Hopefully, some of these questions were answered by way of three courageous State Department whistle-blowers scheduled to testify before the House Oversight Committee May 8. Pre-hearing interviews from one of the whistleblowers, Gregory Hicks, the second highest diplomat in Libya at the time of the attacks, were released to the press. Hicks claimed a Special Forces team, which could have saved lives and protected evidence, was ordered to “stand down” despite multiple pleas for help. Contrary to the administration’s claims, Hicks also said, “…everybody in the mission thought it was a terrorist attack” from the beginning.

Hicks’ statements seem to fit in with the timeline obtained by the Weekly Standard from the Office of the Director of National Intelligence. The Weekly Standard article “The Benghazi Talking Points,” describes how “senior Obama administration officials knowingly misled the country about what had happened” and made “substantive revisions” to the “CIA’s talking points” six weeks outside the 2012 presidential election.

So where’s your thirst for truth, America? Why aren’t we outraged? Maybe because, as White House Press Secretary Jay Carney said, “Benghazi happened a long time ago.” Maybe Carney should ask grieving family members wanting answers and longing for closure how long it’s been since their loved ones lost their lives in Benghazi. Or maybe we are at a point in this country where a politician’s political aspirations trump everything else.

The last time something of this magnitude happened, a U.S. president stepped down. But that was during a time when good men who made bad choices still had the intestinal fortitude to accept personal responsibility for their actions. It was also a time when journalists were principled enough to set aside politics to do their job and make politicians accountable.

Some in the mainstream media are reluctantly pulling their heads out of the ground. On May 5, CBS news anchor Bob Schieffer acknowledged the possibility the administration might have been involved in a “cover-up.” Others are unenthusiastically following suit because they have no choice. Of course, the illegitimate diehards will remain with their heads in the sand until the storm passes.

As the pieces of this puzzle come together, one thing is certain: Full and honest disclosure is always the best policy. Regardless of how Benghazi pans out, we will discover that either the Obama administration was involved in a cover-up and played us as fools, or our government is run by fools who actually believed the Benghazi attacks were in response to an uprising over an amateurish anti-Islam video by a man now serving jail time for a separate issue. Either way, we lose.

Susan Stamper Brown is an opinion page columnist, motivational speaker and military advocate who writes about politics, the military, the economy and culture. Email Susan at writestamper@gmail.com or her website at susanstamperbrown.com.