A 28-year-old Owatonna man was charged in Freeborn County District Court on Monday with leading Albert Lea police on a chase on Friday about 20 mph over the posted speed limit.

Bradley James Richards was charged with fleeing police in a motor vehicle and speeding. 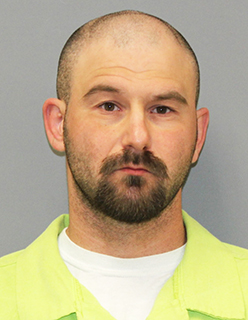 An Albert Lea police officer was on routine patrol when he saw Richards’ vehicle, which he believed was associated with drug sales in the city, according to court documents.

After the car was found to be going about 11 mph over the speed limit, the officer turned on his lights and siren as Richards turned onto Jefferson Avenue, the court files state. Richards reportedly accelerated to as high as 5o mph as he continued onto Madison Avenue and then to West Seventh Street before turning onto Poplar Avenue, which is a dead-end street. The vehicle then reportedly pulled in a gravel parking area owned by KATE Radio for its tower and stopped.

Court documents state Richards’ passenger got out of the vehicle and began running into a nearby field, and Richards reportedly jumped into the passenger seat.

During an interview with police after his arrest, Richards allegedly admitted to not stopping his vehicle and said he did so because his passenger thought he had a warrant for his arrest.