Richard E. Hovland died Jan. 7, 2013, at St. John’s Lutheran Home in Albert Lea. He was 85 years, 1 month and 7 days old. A memorial service will be at 2 p.m. June 1 at the North Blue Earth Lutheran Church in rural Bricelyn. The Rev. Milton Ost will officiate. 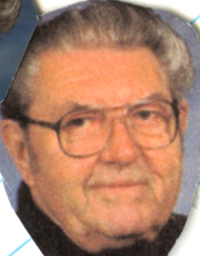 Richard had basic training at Camp Rucker in Alabama. His active service was in Korea with the First Calvary Division, 8th Regiment, 3rd Battalion, Company K, from January 1950 until late spring of 1952. He farmed for a number of years, then worked as a graphic artist for many years. He was also employed at the Camelback Inn in Phoenix, Ariz. He received an Employee of the Month award.

Bruss-Heitner Funeral Home is in charge of the arrangements.