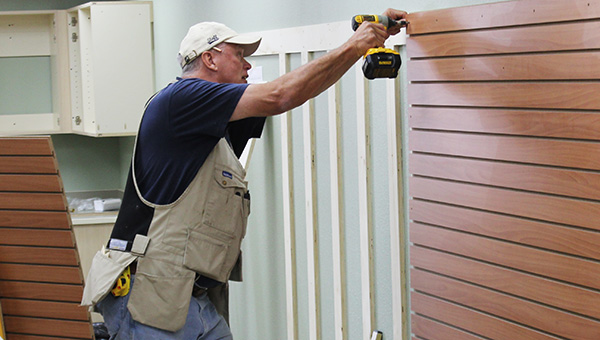 The Sterling Drug store on Broadway will close this month, and the company will move its pharmacy, merchandise and registers to its new Bridge Avenue location.

The new place at 410 Bridge Ave. opened for business on Wednesday, selling flowers in preparation for Mother’s Day. The store used to be Ben’s Floral & Frame until Sterling Drug purchased it March 1. Sterling retained the floral aspect of Ben’s.

Austin-based Astrup Drug Inc., which owns 17 Sterling Drug stores in Minnesota and Iowa, will close its Albert Lea store at 148 S. Broadway at the end of business hours on May 16, said John Locher, district manager for retail operations. Workers will spend May 17 through 19 moving the store to the new place. Then Sterling intends to reopen May 20.

He said he likes the traffic counts at the Bridge Avenue location, plus the view of the southeast end of Fountain Lake, Katherine Island and the fountains that run in the summer.

Traffic counts from 2009 show the busiest route in Albert Lea — not counting freeways — is Main Street and the second busiest is Bridge Avenue. Where the two streets are a block apart on the southeast end of Fountain Lake is prime retail real estate.

Most pharmacies require customers to walk through aisles of merchandise before reaching the drug counter. Locher said customers at Sterling Drug will find the pharmacy counter mere feet from one of the two doors. And if they don’t want to get out of their cars, they can go through the drive-through.

The pharmacy will be found where the Lakeside Cafe once existed.

Inside, Sterling Drug has removed the wall that once separated the cafe from Ben’s. Locher estimated the floor offers 6,700 feet of retail space.

“It has a more open, airy feel to it,” he said. “It’s nice, fresh, clean and accommodating.”

He also was glad to see more parking than was available on Broadway.

Sam Ewing, who is vice president of operations for Astrup Drug, said in a previous interview that one of the reasons for the relocation is to compete with Walgreens. The chain built a store down the street on Bridge Avenue in 2007.

Ben’s Floral & Frame began in 1988 in Skyline Mall before moving to Northbridge Mall. In 1998, the owners Steve and Debbie Tubbs built the location at 410 Bridge Ave.

Astrup drug owns stores under the names Sterling Drug and Smart Pharmacy. Here are their locations, according to Astrup’s website: