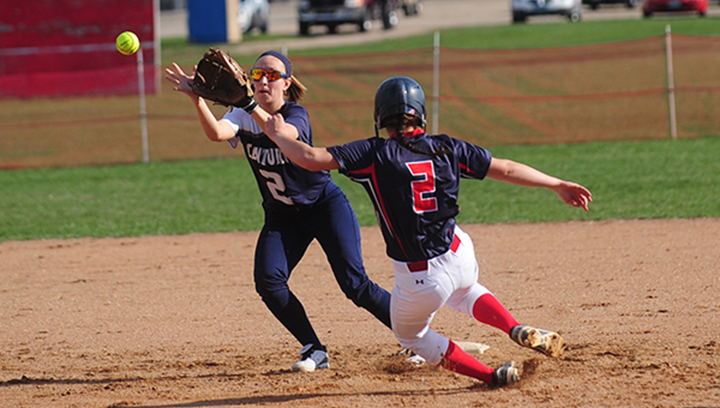 Albert Lea fights to the end, but Rochester Century prevails

The Tigers were unable to manufacture enough hits or runs, despite making contact at the plate in most at-bats. 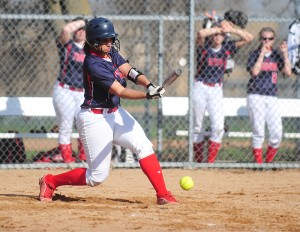 “We just didn’t put the ball in play as well as they did,” Albert Lea softball coach Dan Harms said. “We weren’t squaring it up very well, but they were.”

The first three runs of the game were scored in the top of the third inning. The Panthers scored their first two runs with one out, but infielder Megan Kortan fielded a grounder and tossed it to second base for out No. 2. Rochester Century scored another run, but Caycee Gilbetson fielded the ball at third base and threw the runner out at first to make the final out.

In the bottom of the third inning, the Tigers didn’t get any runners on base, but Albert Lea’s defense toughened in the top of the fourth to keep its deficit the same.

In the fifth inning, the Tigers picked up some momentum. Senior catcher Dominique Villarreal picked off a Rochester Century base runner who was trying to steal second, and Albert Lea didn’t give up any runs.

Kassie Hardies led off for the Tigers in the bottom of the fifth inning with a double. A sacrifice by Haley Schroader advanced Hardies to third, and she scored on a passed ball. Albert Lea’s deficit was cut to two runs. 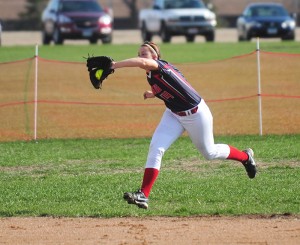 Albert Lea outfielder Lynzee Underdahl catches a fly ball against Rochester Century after sprinting to the infield. Underdahl made contact with the ball but was 0-3 at the plate. — Micah Bader/Albert Lea Tribune

However, that would be as close as the Tigers would get.

After a scoreless sixth inning, Rochester Century’s bats lit up in the top of the seventh. They did so with two outs.

An RBI triple by Morgan Hartman bolstered the Panthers’ lead to four runs.

The Tigers had one more chance to add to their run total in the bottom of the seventh inning.

With two outs and no base runers, Albert Lea didn’t give up.

Schroader earned a base on balls and advanced to second when Kortan was hit by a pitch.

However, the Albert Lea base-running duo was stranded.

Shyanne Stolt earned the pitching win for the Panthers. She allowed 10 hits, one earned run and two walks, and she struck out three batters.

Haley Harms pitched for Albert Lea. She allowed 10 hits in 30 at-bats, four earned runs and two walks, and she struck out three batters.

“She threw a pretty good game, but she wasn’t hitting her spots,” Harms said. “If it was easy, everybody would be a pitcher. We know she’s capable of doing it.”

The Tigers have a 4-4 overall record.