Tuesdays on Main in 2nd year

AUSTIN — With some improvements in place, Austin’s newest block party is about to turn 2.

The Austin Downtown Alliance’s Tuesdays on Main will start its second year June 4 with three blocks of entertainment, live music every week, and a beer garden most weeks. 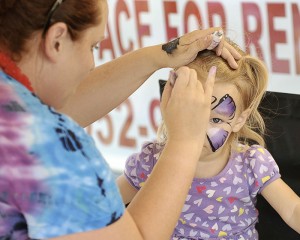 “People are psyched,” said Kiersten Hall, one of the event’s organizers and founders. “Excitement has been building up.”

Now, if the forecast will just cooperate, she says.

“I’ve been checking the 10-day forecast, and so far it’s holding steady,” she said. “That’s the biggest thing.”

Tuesdays on Main — located on Main Street between Fourth Avenue and Second Avenue — is a weekly summer party from 5 to 8 p.m. featuring about 35 vendors, shopping, food, street performers, live music, other entertainment mirroring Rochester’s Thursdays on First, and new this year, a beer garden.

Albert Lea has something similar, called Wind Down Wednesday, only it isn’t weekly. There will be three, and they are scheduled this summer for three dates: June 26, July 17 and Aug. 21 from 11 a.m. to 8 p.m.

Hall said people she talked to suggested the beer garden, which is run by the Austin Jaycees. If it goes well, she said, they may try something similar to what Thursdays on First does for alcohol.

While live bands start at 5 p.m., vendors may start as early as 4, and the party could go later than 8 if it’s still hopping. Many businesses on Main Street will stay open later during the event, too.

“I’m really looking forward to it,” said Hall, adding that all are welcome, from families and children to young adults and seniors. “If you have a heartbeat, come to Tuesdays on Main.”

The first Tuesdays on Main, which is June 4, will feature almost 50 vendors, and live adult contemporary music by the Parks & Kleist Band. The second week features country group The Robin Breeze Band, the third party features jazz by D’Sievers, and the event rounds out June with a teen night and live music from rock group Eden.

For more on Tuesdays on Main, go to downtownaustinmn.com, or for daily updates, go to www.facebook.com/AustinMainstreetMarket.

Where: Main Street between Fourth Avenue and Second Avenue