A.L. gets its 1st digital billboard 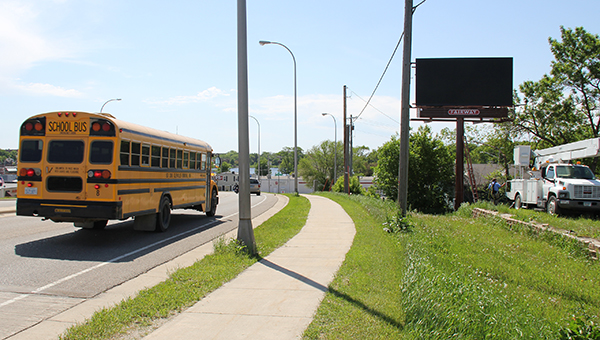 There is a change in Albert Lea’s skyline this morning for drivers on East Main Street headed downtown.

Workers with Fairway Outdoor Advertising on Monday erected the city’s first digital billboard Monday, but as of 7:30 a.m. today it had not been turned on.

The 10-by-20-foot sign faces east on East Main Street on top of the viaduct over the Union Pacific tracks, near Main Street’s corner with Marshall Street. The billboard’s messages are visible to westbound traffic coming into the heart of the city.

“It will be a big attention-getter,” he said.

Heines said the paid spots are sold out. He said the Duncan, S.C.-based company bought a land easement from the landowner along the viaduct about seven years ago and has maintained a paper billboard there. 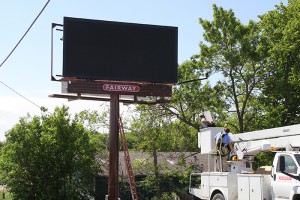 The company cleared the hurdles of local regulations for the sign. He said Albert Lea is the third Minnesota city in which the Rochester-based branch of Fairway has invested in a digital billboard. Its first two were Faribault and Austin.

He said the company intends to bring them to Owatonna and Mankato next.