An Albert Lea man said he is thankful to be alive after he narrowly avoided an Oklahoma tornado Friday spawned from the same storm system that produced the record-setting El Reno tornado. 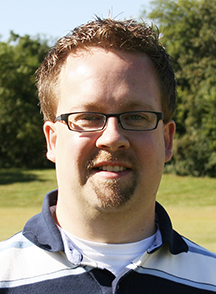 Lance Skov, a partner at the Hill, Larson, Walth & Benda tax and accounting firm, arrived in southwestern Oklahoma City on Friday afternoon for a trip with his sister, Leann Rivers, and niece, Kaitlynn, of Des Moines. His niece is a player in a traveling softball league.

Little did they know, he said, that there would be a direct threat of tornadoes that day.

“I feel very lucky and thankful to have not been hurt,” Skov said in a Wednesday interview.

He said they got to their hotel, a Wyndham Garden Inn, at about 3 p.m. and the weather was sunny and clear.

Skov and his sister and niece were considering going out for dinner when all of a sudden, storms started forming. They decided to order in.

As they watched news about the El Reno tornado on TV, they saw it change direction and head toward Oklahoma City. The tornado grew to 2.6 miles wide, the widest tornado ever recorded. It reached EF5 intensity.

He said their dinner arrived at about 6 p.m. and within 30 minutes the hotel manager was on a blow horn calling customers to come down to the main level where they would take cover in a series of rooms in the middle of the hotel. A tornado was approaching, though it wasn’t the El Reno tornado, which had ended minutes before this tornado formed that evening. This twister was an EF1 that, according to the National Weather Service, achieved a width of 1.4 miles, lasted about a half hour and had a path of 10.4 miles.

He estimated there were about 25 people in the hotel room he was in, many of whom were a part of the tournament.

Then, the power went out, and they heard what he described as a “train sound,” he said.

“We all hunkered down and lots of prayers were being said,” Skov said.

The building began rumbling, and the tornado sirens sounded. He said they stayed in the room for out three hours, as the sirens continued to sound.

Then they emerged from the room to find downed trees, snapped power poles and semis that had rolled over, all just a block away.

The hotel was still standing but did receive some damage.

Skov said he thinks the tornado went over them but did not touch down where they were at.

“It was a surreal moment,” he said. “There’s that train sound and not knowing what’s going to happen. Are we going to be pulled up into this?”

His niece’s team ultimately withdrew from the tournament, and the family headed back to Des Moines on Saturday.

Skov said he was shocked to have discovered that the same storm produced the 2.6-mile wide El Reno tornado. In all, that storm produced five tornadoes. The one that blew through southwestern Oklahoma City, where Skov was, ended up being the second strongest of the five.