Column about ethanol was far from truth

In a recent column, “Repeal ethanol mandate, don’t expand it,” the author fails to make a credible argument against the use of ethanol by ignoring the fact that ethanol has no substantial correlation to rising food prices and it already makes up 10 percent of the nation’s fuel supply. 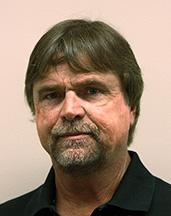 The truth is that the use of ethanol under the Renewable Fuel Standard has been a tremendous success. Farm income is up, land is worth more, jobs are being created here at home and more is being invested in our energy security instead of sending money overseas to foreign oil.

Plus, let’s not forget that ethanol is less expensive and provides the consumer with a choice and savings at the pump. Right now ethanol is selling for about $2.50 a gallon. What are you paying for your gasoline?

Ethanol is a domestically produced component that is found in nearly every gallon of gasoline sold today and has acted as a stabilizing factor in preventing major price swings. When there is turmoil in the Middle East, we do not have to worry about our ethanol supply.

As a matter of fact, refiners today are using ethanol to boost octane levels to meet quality requirements. Not only is ethanol the cheapest source of octane available, it is also the safest with an octane rating of 114, compared to the sub-par fuel most refiners produce at an 84 octane rating. To enhance the fuels performance, they turn to ethanol to boost the octane.

In terms of performance and burning cleaner, a study published in Yale’s Journal of Industrial Ecology shows there is a 59 percent greenhouse gas reduction compared to gasoline. Additionally, for each BTU used in creating ethanol, there is a net positive return of 2.3 BTU.

The U.S. Department of Energy has done extensive tests with higher ethanol blends, testing 86 vehicles over 6 million miles without noticing any problems. And time again ethanol has proven its durability in vehicles. Just look at NASCAR. Its race cars have run more than 4 million miles on E15 and the only thing drivers have noticed is an increase in performance and horsepower with no problems whatsoever. The benefits are clear.

Another much-needed reality check to the author’s misguided claims relate to the actual amount of corn used in ethanol production. The author fails to take into account the co-product of ethanol production, distillers grains, which is a high protein, high value and nutritious animal feed.

The actual net acreage of corn used for ethanol production is 17.5 percent. Counting distillers grains is key because they displace both corn and soybean meal. Not to mention ethanol is made from field corn, which humans don’t even eat!

Indeed, “Facts are stubborn things,” as President John Adams said. Seems to me, the author was more interested in spreading misinformation than articulating the facts regarding ethanol. Well, that’s his right. And I understand how the local paper brings us other viewpoints that even its editors do not personally agree with. However, the piece was devoid of facts and attacks an industry that contributes to the well-being and economic vitality of our community.

Ethanol is produced in America; it creates jobs and revitalizes rural economies, creates opportunity and drives research and development. Why should we continue to import foreign oil and send a billion dollars a day overseas to nations that often don’t have our best interests in mind? Let’s keep our hard earned money invested in America’s future and our own renewable, homegrown fuel — American ethanol.

Gary Pestorious is a partner in Frontier Family Farms and a member of the Minnesota Corn Growers Association and serves as chairman of the Poet Glenville ethanol plant. He is on the board of directors for Growth Energy, an organization that advocates for the ethanol industry.