Gallery: Fans get to meet the stars 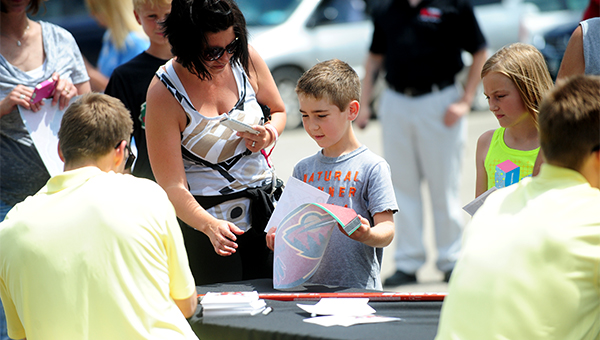 Minnesota Wild fans had a chance on Wednesday at the Albert Lea City Arena to meet the players they’ve been watching on the ice during this year’s run to the playoffs. 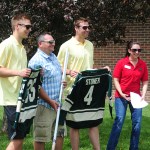 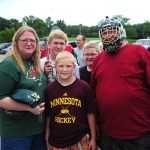 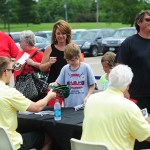 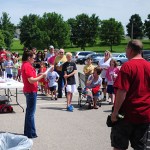 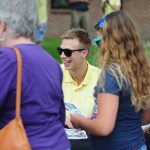 Darcy Kuemper of the Minnesota Wild smiles as he talks to members of the Albert Lea Community. — Micah Bader/Albert Lea Tribune 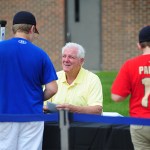 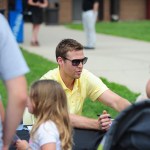 Wild players in attendance were Darcy Kuemper and Clayton Stoner. Tom Reid, a former defenseman for the Minnesota North Stars and current radio analyst for the Wild, was also outside the arena to sign autographs and meet the community.

The event was part of the Minnesota Wild Road Tour, and Albert Lea was one of 18 stops in three states.

“It’s been a blast so far with big turnouts and lots of kids,” Minnesota goaltender Kuemper said. “I remember being their age. I know how excited I’d get for an event like this, so it’s fun goofing around with them.”

Kuemper, 23, is No. 3 on the depth chart at his position, and he earned his first win in the goal for the Wild against Detroit in February. He filled in for Minnesota when Niklas Backstrom and Josh Harding were both injured. Since 2011, Kuemper played for the Red Deer Rebels of the Western Hockey League, the Houston Aeros of the American Hockey League and the Ontario Reign of the Easter Hockey League, before being recalled by the Wild.

“It was a bit of a whirlwind, but it was a lot of fun with some great experiences,” Kuemper said. “It’s something I want to build on.”

Clayton Stoner, 28, is a defenseman for the Wild. Stoner’s highlight of the tour is making the fans feel involved with the team.

“It’s tough during the year to focus on developing a relationship with the fans,” he said. “But during the summer, we have a little more time to give back.”

Stoner likes the Wild’s chances of making a deeper run in the playoffs next year.

“We weren’t far off this year,” he said. “We have a good team, we just need to mature and find those extra pieces of the puzzle.”

At the third spot on the signing table was Tom Reid. On the promotional flyer he was listed as the Wild’s radio analyst, but he has a few more claims to fame. In addition to being an 11-year NHL veteran — nine years with the Minnesota North Stars, and two years with the Chicago Blackhawks — Reid has also done color commentary the Gophers mens’ and womens’ hockey teams as well as Minnesota prep hockey.

“Some of the kids’ grandparents remember when I was playing,” Reid said. “The kids are in awe of the players, and hopefully, some day they’ll be able to sit on this side of the table and sign some autographs for their fans.”

The Wild donated two autographed jerseys and two hockey sticks, which will be up for auction at the Albert Lea Hockey Open. The 18-hole best-shot fundraiser will be at Green Lea Golf Course at 1 p.m. Aug. 24.

Jason Fornwald, president of the Albert Lea Hockey Association, said he was glad to see crowd of more than 100 people — many youth hockey players — pass through the lines to meet the professionals.