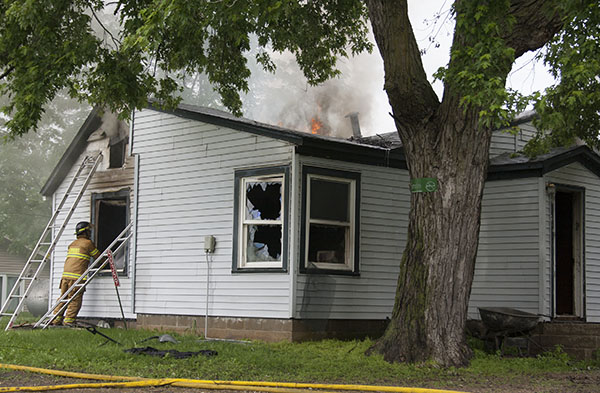 EMMONS — A house was destroyed by fire Tuesday afternoon in Iowa about a mile south of Emmons.

Scott Marpe, spokesman for the Emmons Fire Department, said the cause and origin of the blaze have not been determined, and the Iowa State Fire Marshal’s Office was called in to assist with the investigation.

The fire marshal is expected to return to the house today.

Marpe said when firefighters arrived at the one-story house at about 3 p.m. there was heavy smoke but no visible flames. A real estate agent and people looking at a neighboring house saw the smoke and called authorities.

Sixteen firefighters battled the fire until about 7 p.m. Marpe described the fire as “stubborn,” stating it was hard to reach, and said they had to haul about 15,000 gallons of water from Emmons to the property.

Marpe said the owner of the house — Wilson Lombidd — had been remodeling it, and it was unoccupied at the time. No one was injured.

Look to the Tribune for more information on this story as it becomes available.