Wisteria. Sounds like magic doesn’t it? Probably because Erin Murtaugh kind of is, but wisteria isn’t magic, it’s Erin’s favorite color. Wisteria is a delightful shade of purple. Murtaugh’s magic is in her photograph. 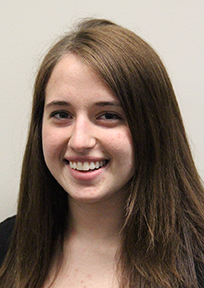 “My passion is photography, because I like to capture special memories for people,” Murtaugh said.

Her shots can be anything from nature to senior pictures. Her favorite thing to photograph is animals. She started loving photography as an enthusiastic 3-year-old with her Barbie camera. Murtaugh hopes to attend Minneapolis College of Art and Design, to study photography and art education. This fall she will start her senior year at Albert Lea High School.

If Murtaugh could be anywhere she would be in London all by herself so she wouldn’t have to worry about pleasing anyone.

Murtaugh went to London on a choir trip in 2010. Murtaugh enjoys choir, chorale, being student council treasurer and co-editor of the Ahlahasa, Albert Lea High School’s student newspaper. Murtaugh has a little sister named Tierney. She also has a dog named Maya, who will take some time to get to know you but after a treat or two she will be your newest furry friend. Murtaugh’s favorite experience in life was a mission trip to South Dakota.

Murtaugh says nothing scares her, and her goal in life is to be happy. Other people’s negativity inspires her to be positive. Her great outlook on life makes her an inspiring person to be around. Nowadays her camera doesn’t have Barbie on it, but she still has all her enthusiasm.

Her favorite color is gray. She loves papaya. Her dream vacation is to Chad, Africa. Usually you can find her with her nose in a book, wrapped up in the story she’s reading and listening to Maroon 5. This summer you’ll find her around town searching for a great news story or working away at the Albert Lea Tribune. 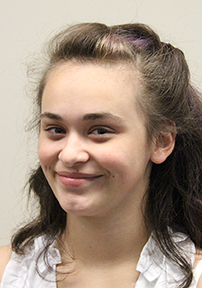 She’s Quinn Andersen, a junior at Albert Lea High School, who will be one of the Tribune’s summer interns.

Andersen’s parents are Abbey Andersen-Hamberg and Jamie Andersen. She has a 10-year-old brother, Parker, and two lively pups named Daphne and Velma.

“I am excited to use this experience to meet new people in the community,” said Andersen.

Andersen is involved in speech, mock trial, student council, plays, musicals, choir and show choir at school. Her favorite subject is math, because it is where she feels challenged in school. Andersen will also be the student council’s vice president for next school year.

“This school year my goal is to work harder in everything I do,” Andersen said.

Along with interning at the Tribune this summer, Andersen will take part in the Albert Lea Community Theatre show, “Happy Days, a New Musical.” She plays three different characters, but is looking forward to playing the nerd girl part most. She also works at B & B Cafe and the concessions stand at the city pool.

Andersen’s future goals include wanting to go to college to become a teacher. She would like to teach engineering. She said someone who inspires her is Sergio Salgado.

“He wanted to leave Albert Lea with no regrets and without anyone thinking badly of him,” Andersen said.

Andersen took journalism this year at school as an alternative to a regular English course. She wanted to learn more about journalism because people and news interest her.